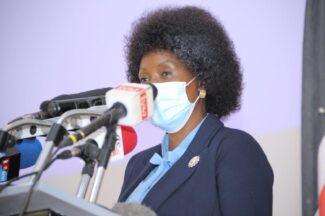 The Teachers Service Commission, TSC, has introduced new criteria that will henceforth affect how Teachers’ Salaries are determined in the new CBA 2021-2025.

According to the latest proposal by the Commission, only teachers who are TSC compliant are eligible for pay rise in the new CBA 2021-2025.

TSC compliant encompasses many issues including being officially registered as a teacher who is currently serving on Career Progression Guidelines, CPGs as opposed to the old schemes of service.

The latest criteria used to promote teachers hence assure them of pay rise in the 2021-2025 CBA is what broke the camel’s back.

Now the Commission is demanding to have all teachers enrolled for Teacher Development Training, TPD Refresher modules that goes for 6,000 per session.

This is to ensure that teachers’ skills are horned and razor sharp enough to meet the demands of the new Competence-Based Curriculum that has already been rolled out in Kenya.

What is most puzzling to the teachers is the fact that they have to squeeze their meagre salaries to accommodate the fee required for TPD modules.

The Teachers Service Commission, TSC, has at the same time presented new salary increments to the Salaries and Remuneration Commission, SRC. The salaries increment are to be approved so as to be included in the next next Collective Bargaining Agreement, CBA; cycle. In the proposals, the Commission wants a basic salary increment of between 16 percent and 32 percent; with classroom teachers getting the higher perks.

The 16 percent rise in basic pay should be for teachers in administrative grades (C4 to D5) who reaped big from the 2016-2021 CBA. Classroom teachers in lower grades (B5 to C3) are to be awarded an increment of 30 percent.

But, the teachers’ unions ,Kenya National Union of Teachers (KNUT) and Kenya Union of Post Primary Education Teachers (KUPPET), are vehemently opposed to the proposals terming them a drop in the ocean. The unions claim there were no talks between them and TSC to come up with the new salary scales; as should be the case during the CBA negotiations.

KNUT is proposing a basic pay rise of between 120 and 200 percent, while KUPPET wants 30 to 70 percent increment.

For allowances, TSC is proposing a 20 percent increment in commuter and leave allowances. On its part, house allowance is to be increased by 10 percent. These proposals are by far much lower than what the unions are proposing.

DEMANDS BY KUPPET.
KUPPET is rooting for the expansion of teachers’ allowances so as to include post graduate and township allowances (meant for teachers staying in towns). The union also wants the Commission to harmonize house allowances for all teachers. Currently, tutors plying their trade in towns and former municipalities earn higher house allowances as opposed to their counterparts in rural areas. Harmonization of house allowances should be based on job group as opposed to regions.

Another allowance being fronted by KUPPET is special school allowance to be paid at a rate of Sh15,000 per month.

They also want the readers’ facilitation allowance to be reviewed by 30 percent so as the teachers will get Sh.19,500 per month. This allowance is paid to a visually impaired teacher who has engaged a reader whose minimum qualification is not below KCSE D+/KCE Division III. The allowance is paid at a fixed rate determined from time to time by the commission.

Also called facilitation or aid allowance, reader’s allowance is currently paid at a rate of Sh15,000 per month to the blind teachers and those confined to wheel chairs by virtue of their disability.

The current CBA cycle has expired, paving the way for implementation of the new one with effect from July 2021.

Still on allowances, KUPPET demands that leave allowance be paid based on one’s basic pay i.e. an equivalent of one month’s basic pay for all cadres.

KUPPET says the Commission has no scheme of service for teachers who have attained a Masters and Doctorate degrees. Instead, the employer awards three increments to the holders of such qualifications. The proposed scheme seeks to allow TSC recruit teachers possessing post-graduate qualifications at entry level.

The Union is demanding that the Post graduate scheme of service be developed and be eligible to all teachers holding a Master’s and Doctorate degree. The said teachers shall be paid an allowance equivalent to 40% of the basic salary. Finer details show that the union is seeking to have a holders of Masters Degree getting an increment of 20 percent that is pegged on their basic salaries and 40 percent for PHD degree holders.

See also;
TSC allowances for all teachers per grade
KNUT DEMANDS ON ALLOWANCES.
The Sossion led outfit is agitating for a 50 percent increment in both house and Commuter allowances. Just like KUPPET, KNUT also wants an upward adjustment on leave allowance equivalent to a teacher’s basic pay for one month.

For hardship allowance, KNUT wants the Commission to award a rise of 50 percent of basic salary.

The medical scheme currently being offered by Minet will still be in place.

The Commission is willing to offer an increase of 20 percent for both commuter and leave allowances. It is also keen to retain the current clusters used to determine the teachers’ house allowances but review it upwards by 10 percent.

Also to be retained is hardship allowance at the current rates.

Proposals by KUPPET to have the TSC introduce new allowances have fell on deaf ears. The Commission has declined the introduction of special school, township and post graduate allowances.

TSC: How Promotions from Job group K to L are Conducted; TSC Promotions to L and other common cadre promotions; TSC promotion form

How To Receive Form One Placement Results and Reporting…

TSC Sounds a Stern Warning to School Heads and Education…