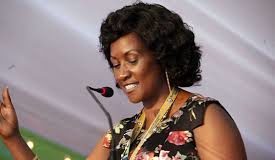 TSC New Salaries 2021: TSC teachers’ new salaries for some days now have been the subject of discussions in both the main stream media and the social media.

The local dailies have been discussing the teachers’ new pay directly that is looming in July.

The teachers are supposed to be getting a new pay by July if the TSC CBA goes through.

The Teachers Service Commission had given the teachers increments of between 16-32% in basic salaries and 20% in allowances.

However, the Salaries and Remuneration Commission, SRC came to the rescue of the classroom teachers by saying that they were shortchanged in the 2017-2021 CBA.

The other sad note is that the treasury has warned the employers against increasing the salaries of the teachers and the civil servants.This has begun bringing jitters with the teachers union giving an earlier verbal strike threat.

Last year, TSC made C1 grade a common cadre for the primary classroom teachers.The primary school teachers enter the teaching service at B5 with a basic salary of ksh 21,756 upto ksh 27,195.

After three years, the B5 teachers automatically go to C1 scale.

The B5 teachers started moving from the entry salary to ksh 27,195 by July next year.From here,they will join C1 automatically and begin a new salary.

These two groups of teachers, the B5 and C1 will have their second phases of salaries being paid this coming July.

This means that even if the new CBA fails to go through,the two groups of teachers will still have some pay increments covering the second phases of their new pay that began last year July.

Their final phase will come in July next year hence for them,they will continue with their July new pay for the second phase.

Meanwhile, the Commission has remained mum about the new TSC Teachers’ CBA.

The Treasury Secretary Ukur Yatani already raised a red flag saying that the government is short of finances following the biting negative effects of the Covid-19 pandemic that left the economy crippled.

This is a clear indication that teachers should not count their chicks before they are hatched.

This could also be an indirect way of preparing teachers for a null pay rise despite the fact that classroom teachers bore the blunt of an injustice in 2017 which denied them their rightful dues.

All eyes are currently trained on the teachers’ unions and employer, TSC to see what is next now that the Salaries and Remuneration Commission, SRC asserted that indeed an economic injustice was committed when classroom teachers’ pertinent roles were overlooked in the previous job evaluation exercise.

What classroom teachers need is a little pay rise to bridge the huge salary disparities between them and school administrators.