2022 TSC Pay Rise for All Teachers Trashed! See Why 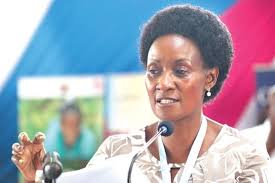 Teachers will be obliged to bite the bullet and work within a shoe-string budget especially now that the government has rolled out the second phase of the mandatory PSSS retirement scheme this year after fresh details emerged showing that their employer- TSC failed to factor their pay rise in the proposed budget  for the 2022-2023 financial year.

TSC shocker for teachers waiting for salary increment in July

TSC shocker for teachers waiting for salary increment in July

The Teachers Service Commission (TSC) has failed to factor in an allocation for teachers’ pay rise according to a report it released to the Committee on Education and Research of the National Assembly.

TSC will receive an extra Sh15 billion for the 2022 – 2023 financial year, with sources saying the additional money is for a pay rise and hiring of new teachers.

However teachers maybe in for a rude shock as the report, which was presented to the Committee on Education and Research of the National Assembly by the Parliamentary Budget Office, shows TSC has planned to use its increased allocation of Sh15 billion exclusively to employ 13,000 secondary school teachers and 9,000 interns to cope with exits and the expected increase in enrolment when junior secondary is rolled out in January 2023.

This is bad news for teachers who have been hoping that their employer might offer them a new Collective Bargaining Agreement (CBA).

The issue of renegotiating the CBA was not discussed when TSC boss Nancy Macharia appeared before the parliamentary committee early Fabruary to discuss their budget proposals.

She told MPs allocations for other critical areas like promotion of teachers on competitive selection, roll-out of a national biometric enrolment and validation of teachers and gratuity to 3,358 contract tutors in northern Kenya had not been factored in.

“The commission would appreciate Parliament’s help for these areas to receive some allocation,” she said.

This move has prompted the Kenya Union of Post-Primary Education Teachers (Kuppet) to issue a strike threat.

The union officials argue that the economy has now improved and calls for the non-monetary CBA to be reviewed.

In a January 17 letter to TSC, Kuppet demanded a pay rise of at least 30 per cent and threatened to call a strike if the commission did not respond within 21 days.

The Commission responded on January 20 following the strike threat by Kuppet.

“The commission is interrogating the issues raised therein, we will respond thereafter,” Mr Cavin Anyuor, the legal, labour and industrial relations director at TSC, said in the letter to Kuppet Secretary-General Akelo Misori.

Kuppet strike threat could disrupt the planned national examinations which are set to start next month.

If their demands go through, Kuppet members who qualify for hardship allowance will see it increased from Sh10,900 to Sh16,350 for the lowest paid teacher and Sh38,100 to Sh57,150 for the top earners.

Kuppet has also proposed a new risk allowance for science teachers that it wants to range between Sh5,465 and Sh30,587.

The Kenya National Union of Teachers (Knut) also seeks to renegotiate its CBA to introduce monetary benefits. They are pushing for a pay rise of between 15 and 20 per cent.

“There’s a lot of progress being made. We are doing well. Once we are there, we shall invite you and let you know,” said Knut secretary-general, Mr Collins Oyuu. “We are talking. Some of these things are political.”