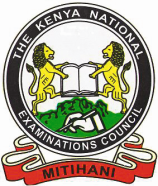 The Kenya Certificate of Secondary Education, KCSE Results 2020-2021 may not be released early as planned.

KNEC bids KCPE and KCSE Examiners For Marking Of 2021…

ONLINE KNEC INVITATION TO ALL KCPE AND KCSE EXAMINERS FOR…

How to Apply For KNEC Examiners’ Training (October)…

How to Apply For KNEC Examiners’ Training 2021 Online…

This is simply due to ensuing impasse between the 2021 KCSE Knec Contracted Examiners and the Council over poor payment rates.

Latest details at our disposal now indicate that hundreds of Knec Examiners marking the 2020 Kenya Certificate of Secondary Education (KCSE) exams at different centers in Nairobi  have downed their tools and demanded for an increase in allowances.

The examiners based at Moi Girls’ Secondary School staged their protest on Monday evening as those at State House Girls’ School downed their tools on Tuesday morning, a tactic that will probably delay the release of the national exam’s results.

The examiners were set to complete the marking (English paper Three, the longest and most tasking paper that consists of over 3 essay compositions per KCSE candidate) on Wednesday, May 5, 2021.

The Council was forced to release KCSE Examiners at Moi Girls Nairobi before they could complete cross checking and confirming learners’ scores.

Team leaders and other senior examiners had to remain in the marking centre to complete the entering of marks and clearing of boxes containing marked English Paper Three scripts.

The situation is even worse at State House Girls where the Examiners decided to bite the bullet and leave unmarked scripts to stage protests.

This is not the first time KCSE examiners have boycotted marking.

In 2019, Physics and Business Examiners also opted for a go-slow after the council failed to meet their demands.

The examiners are demanding an increase in allowances paid for each paper marked, as well as a risk allowance for marking exams under the cloud of Covid-19.

Other teachers in 34 marking centers are said to have been released without pay.

The protesting examiners said that they have experienced hardships at the centre, working under pressure to complete the process in good time.

“Now our colleagues in the other centers have already been sent home without any pay. What we are being told is that all the money will be sent to us once the results are released,” they said.

Initially, Kenya National Examination Council would pay them an allowance of Sh20,000 and finish the balance quickly after results were released.

“Since we came here, we have not received any single pay. We were told due to the current Covid situation, the allowances have been cut by half to Sh10,000,” the source said.

“We are the last batch of teachers. We have had to deal with poor diet, congestion in hostels and harassment by KNEC officials. Some of our colleagues have been assaulted and it is only fair that we get our allowances before we head home,” the source added.

Education Cabinet Secretary Profesor George Magoha last month promised that the results would be out by Monday next week. But, sources from the ministry reveals that the exams could be released on Friday this week.

Before the marking began, the Kenya Union of Post Primary Education Teachers (KUPPET) Secretary-General, Akelo Misori, called for increased allowances for Biology, Chemistry, Physics, Agriculture, Building and Construction, Music, and Home Science examiners stating that they were endangering their lives during practicals.

“The marking rates per script should be raised by at least 50 percent, given the inflation situation. A paper-like Chemistry Paper 1 earns an examiner only Sh51, Maths Sh57 for both papers, and English Paper 1 Sh58,” he said in a statement.

Misori similarly called for an upward revision of the transport reimbursement for supervisors and invigilators from ASAL regions since most of the areas are expansive, making some travel up to 200 kilometers to reach their schools.

“The transport rates that should be reviewed is for teachers in counties such as Wajir and Tana River,” he said.

Kuppet further called for the center organizers’ allowance, which is now Sh500, to be increased and that of their deputies as well.

Efforts to get a comment from KNEC Acting CEO Mercy Karogo were futile as she did not pick calls or reply to text messages.