VULGAR KAMBA MUSICIANS BLAMED FOR OVER 4000 TEENAGE PREGNANCIES IN MACHAKOS 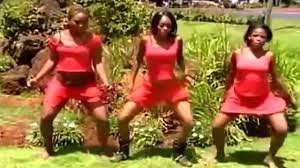 The Kenya Film Classification Board Boss Ezekiel Mutua has pointed a finger at the wild and vulgar Kamba artistes for the high number of teenage pregnancies reported in Machakos last week.

According to Mutua, local artistes should take the shot for moralizing vulgarity through their vernacular hits.

He said that Kamba music tends to encourage vulgarity and objectification of women.

He also noted the availability of pornographic content, vulgar secular music that is easily available on radio, TV, and public service vehicles as the driving forces behind the skyrocketing numbers.

Mutua further appealed to content creators and producers to be cautious so that they do not produce and promote dirty content that will harm their children in the future since the internet never forgets.

In 2017, a survey by the Kenya Film Classification Board showed that vulgar music had a great impact on the youth.

Machakos County took the lead when it comes to vulgar content. Therefore, it is not surprising that three years later, the County is topping the list of teen pregnancies.

“Even music bands are sexualized, we are sitting on a ticking time bomb as vulgar stage names are used in the presentation of local musicians,” said Dr. Mutua.

MACHAKOS COUNTY TOPS  WITH THE HIGHEST NUMBER OF TEEN PREGNANCIES

As Kenya battles to curb the spread of the novel Covid-19, some counties are facing another challenge, teen pregnancies.

According to a report published by the Children’s Department in Machakos County, 4, 000 schoolgirls below the age of 19 have been impregnated in the last four months.

This worrying trend was attributed to the extended closure of schools to curb the spread of coronavirus.

The children’s Department Officer Salome Muthama accused parents and guardians of neglecting their children. She urged them to rise up to the occasion since the majority of the cases involve close relatives.

Athi River on the other hand reported seven teen pregnancies for children aged between 10-14 and 561 for 15-19,

Machakos County has however dismissed the statistics saying that proper investigations ought to be conducted for verification of this information.

Speaking in Nakuru on Thursday, the CS said that he will lobby for the formulation of a law to block pornographic content in the country.

“I am going to lobby the cabinet and by extension his Excellency the President so that  they consider blocking content related to pornography from being accesses by all and sundry in this country,” said the CS.

He said that accessing such information can trigger students to think about sex.

The CS further added that the government is doing its best to ensure that schools are safe ahead of the September reopening date.

He said that before schools are reopened, the Ministry of Health, MoH must be sure that learners and teachers are safe.

All schools must have enough water and sanitizers.

The government has also set aside Kshs 2.1 billion for the construction of extra classrooms and secondary schools to ensure social distancing once schools reopen.

250, 000 locally manufactured desks will also be availed for both primary and secondary schools before schools reopen.

TSC is also set to recruit 10, 000 intern teachers to support the 100 per cent transition policy.

TSC IGNORES CALLS TO LOWER ENTRY POINTS, RETAINS THE 2019/20 HIRING TERMS AND ENTRY GRADES FOR NORTHERNERS AS RECRUITMENT OF 1, 517 TEACHERS KICKS OFF