Ultimate magazine theme for WordPress.
News Pro
Did You KnowEducationHealth

Causes of Depression among Students 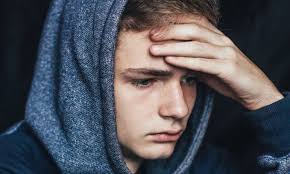 Depression has become very rampant in society today. WHO has set the figure at 264 million people suffering from this type of mental illness.

However due to lack of information on the manifestation of this malady very few people recognize their condition and consequently  few get appropriate treatment. It is worse in low-income and middle-level income countries. Here the treatment and support systems for depression patients  is non-existent or completely undeveloped. WHO approximates a figure of 76%-85% of people with this mental disorder in these countries as a group that is unable to access the medical treatment and support they deserve.

Depression  according to WHO is a state of mind that is characterized by persistent sadness and lack of interest or pleasure in previously enjoyed activities. It interferes with sleep and appetite causing poor concentration and unexplained tiredness. This without saying affects a person’s ability to function and live a fulfilling life.

Causes of Depression among Students

WHO further explains that depression is caused by complex interactions between social, psychological and biological factors. Life events like childhood tragedies and adversities, loss of loved ones, extreme poverty among others are the predisposing factors to developing depression. School going children do not exist in a vacuum, they do live in a society with all these tragedies and imperfections. These factors predispose them to depression too.

The manifestation of depression among the students

As teachers and parents it is important to be on the lookout for these cases. Many times we have come across students who suddenly change from being bubbly and happy to very sad and gloomy individuals. Notable mood swings are automatic red flags pointing towards depression

When students get depressed their academic performance takes a deep plunge. They post poor grades much to the chagrin of parents and teachers. These drops must be investigated because they point to this mental disorder. This is more so when academically gifted students post poor grades.it is funny that a times boys and girls who get punished for inappropriate behavior and poor academic performance turn out to be suffering from this mental malady.

Teachers have witnessed students who had been previously very well mannered change to being very ill-mannered. Most of these students get punished and bashed a time s publicly by the very teachers who teach them. This approach aggravates the situation. The child feels neglected and uncared for thus may sink deeper into depression with some getting reprieve from drug and substance abuse. Others may plunge themselves into irresponsible sexual behavior exposing themselves to great danger. This unbecoming behavior may be associated with the “normal adolescence behavior “ however it is important to dig deeper if these children have to be helped

Irritability is a symptom of depression among students. Teachers and parents have witnessed cases of unnecessary irritability among these students. They become overly sensitive exhibiting extreme anger on what may not be necessarily provocative. Some students are seen sleeping in almost every other lesson in class during the day while others just stay back not keeping any company. They exhibit dullness and may not for example answer any question during class sessions. Most of them keep to themselves even during group work.

If such cases are observed, then immediate treatment should be considered through the schools’ Guidance and Counselling Departments.

Counties with the Highest Number of Sick Teachers, AON…