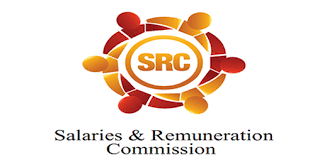 New CBA 2021-2025 TSC Teachers’ salaries have been the subject for the past few months with the current Collective Bargaining Agreement that was first rolled out in July 2021 set to come to an end in June.

The Salaries and Remuneration Commission (SRC) has affirmed that they would give directions on the teachers’ demands on the 2021-2025 Collective Bargaining Agreement (CBA) deal in the next two weeks.

Since last year, the teachers’ unions especially KUPPET and KNUT have been trying to get the Teachers Service Commission, TSC and the Salaries and Remuneration Commission, SRC official and final response on the new Collective Bargaining Agreement, CBA 2021-2025 in vain.

What is even more worrying is the fact that TSC is yet to offer a counter-proposal to the unions on matters salaries for teachers to set the ball rolling since there cannot be negotiations without both parties being actively involved.

In what seems to be a ray of hope now, the Salaries and Remuneration Commission, SRC a body charged with determining and approving salary increments for all government employees, teachers included has given a second response to the TSC salary grievances raised.

In March, the SRC affirmed that classroom teachers were given a raw deal in the current CBA 2017-2021 since the previous job evaluation exercise overlooked their pertinent roles in school management.

As a result, over 30 new roles were ascribed to classroom teachers, a major step towards addressing the huge salary disparities between them and school administrators- Senior teachers, masters, deputies, heads and principals.

The SRC Chair Lyn Mengich has also confirmed that the commission was looking into the submissions made by the Teachers Service Commission (TSC) regarding the teachers’ proposals on their salaries.

“Please note that the commission is looking into the submission, the outcome will be communicated. We will give directives in the next two weeks,” Mengich told Nation.

Further, a source at TSC revealed that the directives from SRC are key to guiding them on matters regarding the teachers’ salaries.

“The directives from the SRC are the ones to guide the TSC, without that communication the teachers’ employer is actually helpless,” the source stated.

The grievances led to KUPPET Secretary General Akelo Misori issuing a seven-day strike notice to the TSC on Thursday, June 3 citing that teachers would down their tools if they did not receive salary increments or promotions.

“Teachers expect nothing other than a salary review this year. We have gathered that TSC was advised by the SRC, but TSC has not shared the advisory with us,” Misori stated.

Among the demands Misori fronted to the TSC includes a 70 percent pay rise for teachers.

TSC has been at loggerheads with KNUT and KUPPET over several key issues regarding the welfares of the teachers.

KNUT Secretary General Wilson Sossion has been at the forefront faulting the commission for crippling the union and not dealing with the teachers’ grievances.

“TSC should not put us in the collision course with the government, and disrupt the industrial peace in the teaching service by engaging in mischievous and illegal ways of conceiving, negotiating and implementing the CBA,” he stated during a past interview.