Teachers and  civil servants are among the biggest winners in President Kenyatta’s last budget of Sh3.31 trillion as he leaves office next year.

The Teachers Service Commission (TSC)will receive an extra Sh. 15 billion for the 2022/23 financial year,with sources saying the additional money is for a pay rise and hiring of new teachers.

Civil servants will also get a salary increment as the National Treasury has allocated an extra Sh70.8 billion to ministries for recurrent expenditure,including  the annual pay rise.

Treasury Cabinet Secretary Ukur Yatani has allocated an additional Sh14.9 billion to the TSC, whose budget has risen to Sh 296.6 billion from Sh281.7 billion this year.

A member of the National Assembly Education Committee told the Nation yesterday that,the additional funding”is to appease teachers who are unhappy and that the government would want to do something about it on an election year.”

The Salaries and Remuneration Commission (SRC),which announced a two-year freeze on civil servants’ pay rise in July, yesterday explained that, the extra money factored in the ministries’ budgets is for the annual salary increment.

The education  sector has main-trained its lead as the largest spender with an additional allocation 11 of Sh 21 .97 billion  key programmes on implementation of CBC.

Among the expenses is sh. 18 billion for building new classrooms.

The draft 2022 Budget Policy Statement (BPS) states that, the Education ministry’s allocation for the 2022/23 financial year is set to increase to Sh525.9 billionfrom Sh503.97 billion.Mr Yatani has allocated ministries Sh1.344 trillion for recurrent spending for the 2022/23financial year up from Sh1.273 trillion.

According to the Commission, a total of 6000 teachers will get recruited on Internship terms this December.

Teachers who will successfully get recruited on TSC contractual terms will report to their new stations by January 2022.

The government has at the same time allocated the Teachers Service Commission, TSC more cash for recruitment of more teachers on permanent and pensionable terms in 2022 during fresh Mass Recruitment Exercise.

This allocation amounting to 15 billion will go a long way in ensuring that the teaching sector is boosted a great deal and that teachers are fully satisfied with their jobs.

Below is a complete break down of TSC Current salary scales 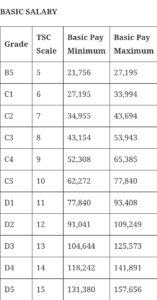 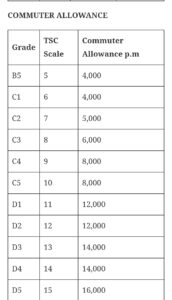 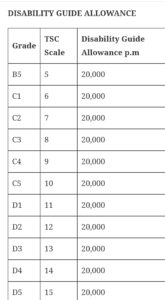 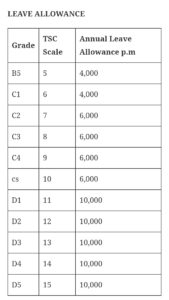 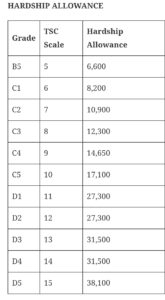 More Primary School Teachers likely to be posted to the…

2019 TSC PROMOTIONS LATEST UPDATES: THIS IS WHY TEACHERS AND…

CS MAGOHA TO ANNOUNCE A NEW SCHOOL (ACADEMIC) CALENDAR BY…