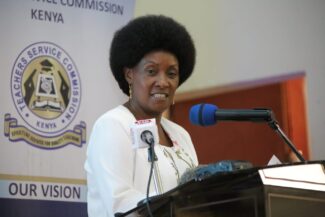 Thousands of teachers who have acquired higher qualifications while in service could be promoted following recommendations by the National Assembly after a successful petition by a splinter union.

As a result, the 12th Parliament on its last day recommended that the TSC should continue recognising and acknowledging higher qualifications acquired by teachers while in service.

“The TSC should within six months of adoption of this report open negotiations with teachers’ unions on the Career Progression Guidelines (CPGs) and uphold the rights of teachers who have acquired relevant qualifications at the time of their in-service.

“Further TSC shall give guidelines on relevant courses to be undertaken by teachers,” reads the report by the Education and Research Committee adopted by MPs last Thursday.

The MPs noted the promotions would be “in accordance with Unesco/ILO recommendations of 1966 that codify intellectual rights of teachers who undertake and conclude relevant in-service courses.”

The commission stopped the automatic promotions using the Schemes of Service in 2014 and introduced the Career Progression Guidelines (CPGs) in 2016.

The MPs have also instructed the teachers’ employer to submit budgetary requirements for promotion of all eligible teachers in the 2023/2024 financial budget estimates for consideration by the National Assembly.

The adoption of the report is a big win for Ms Omollo. Last year, she accused TSC of victimisation after being transferred from Nairobi to Trans Nzoia County.

Other officials of the KNTPG were also affected by transfers that the commission denied were punitive, saying they were within its mandate.

The petition was presented before the House on February 18, 2022 by Nominated MP Wilson Sossion on behalf of Ms Omollo. Mr Sossion quit as Kenya National Union of Teachers (Knut) secretary-general after having a fractious relationship with the TSC — leading to loss of members and clout of the union.

“These recommendations are now compulsive to TSC. This should have been petitioned a long time ago,” Mr Sossion said.

The unions supported the promotion of teachers who acquired higher qualifications while the commission defended the Code of Regulation for Teachers and the CPGs, saying the two instruments provide the minimum qualification required for each job grade and the conditions to be met before a teacher is promoted.

“TSC should promote teachers who graduated before 2014. They used their resources to study but they have now stagnated in the same job group. We speak for teachers because the unions no longer speak for us,” Ms Omollo said. She put the number of those at about 33,000.

Previously, primary school teachers who attained a diploma in education or a degree were automatically promoted to Job Group K and L respectively.

“The commission transited from automatic promotion of teachers on attainment of higher qualifications in form of diplomas and degrees.

“Admittedly, there was a high influx of teachers attaining higher qualifications which made the policy fiscally unsustainable,” the TSC said during its submissions before the committee.

The committee observed that during the transition from SoS to CPGs and conversion of job groups to salary scales, some cadres of teachers were left out in the vertical progression adopted.

These include P1 teachers who had acquired bachelor of education degrees, teachers previously in Job Group L who had no administrative responsibilities and diploma holders who had joined at Job Group J and had obtained degrees by the commencement of the 2016 collective bargaining agreement (CBA).

The MPs have therefore recommended that such teachers be promoted.

“The TSC should ensure that any amendment to the Code of Regulation for Teachers is approved by Parliament and that the CPGs should not whatsoever affect or take away any existing benefit of serving teachers,” the report by the committee chaired by Busia Woman representative Florence Mutua reads.

The clerk of the National Assembly will now officially communicate the recommendations of the House.

THIS IS WHY KENYAN TEACHERS SHOULD DATE AND MARRY THEIR…