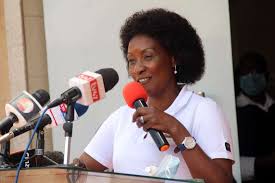 TSC News Today: In a letter to the Kenya Union of Post-Primary Education Teachers (Kuppet), TSC said it would consult other government agencies then give feedback on their request for a pay increment.

The union on Wednesday gave TSC seven days to give them a counteroffer for talks to begin. It warned that “the consequences of the remaining options may be dire”.

TSC Salary Increment 2022 Looming as Commission Sets out To…

TSC Salary Scales; This is How TSC Arrived at Lower Salaries…

TSC: How to Change your TSC Salary Paypoint, for Teachers,…

TSC SALARY INCREMENTS FOR TUTORS IN JULY 2020; A COMPLETE…

2020 TSC Salary Increments: TSC to Increase Salaries for all…

Kuppet and the Kenya National Union of Teachers (Knut) want TSC to shelve the non-monetary collective bargaining agreement (CBA) they signed last year and give teachers a raise.

“As you are aware, the 2022 academic year is very delicate with two national examinations scheduled for April and November. Further, various assessments for Grades Three, Four, Five and Six are scheduled to take place during the year.

To this end, all stakeholders, especially our social partners, ought to focus on this national exercise to ensure seamless transition. Any activity which may disrupt learning should be avoided at all cost,” TSC said in the letter signed by Mr Cavin Anyuor, the director for legal affairs, labour and industrial relations.

He was responding to demands made by Kuppet secretary-general Akello Misori. Should teachers make good on their threat, it would affect preparations and administration of exams.

Practical examinations for KCSE candidates will begin on Monday while the main papers will be from March 14 to April 1. Kenya Certificate of Primary Education (KCPE) exam candidates will do their rehearsals next Friday and the exams from March 7 to 9.

Prof Magoha also asked Kuppet to shelve their demands until after the national examinations.

“I want to plead with them to suspend that strike. They can resume after the exams,” the CS said when he commissioned a junior secondary classroom at Poiywek Secondary in Kericho County. He urged TSC boss Nancy Macharia and the board “to continue engaging the unions” .

Knut, however, said it won’t issue any strike threat because of a delayed counter-offer from TSC. The secretary-general, Mr Collins Oyuu, said the union is in talks with the commission.

“We remain hopeful of good results. No CBA should end without a raise commensurate with the current consumer price index,” he added.

Prof Magoha yesterday ordered the completion of all classrooms meant to expand infrastructure in secondary schools by Monday next week. The ministry won’t allow any construction in schools once exams begin.

“We won’t allow anybody near our children when they are taking exams,” said the CS while inspecting the progress of junior secondary classrooms at Sengera Manga Mixed Secondary School and Nyamira Boys High School in Nyamira County. He revealed that 2,300 classrooms are complete and more than 560 have already been commissioned.

The target is to construct 6,400 across the country. He said Nyamira’s performance in terms of the construction is at 82 per cent with the highest county being Garissa at 99 per cent.

TSC Presents New Teachers’ Salaries to the SRC ahead…