TSC: No Salary Rise for teachers in the offing as government turns down the July 1st pay rise proposal for Teachers and Civil Servants; Full details below

TSC Salaries 2021-2022: No Salary Rise for teachers in the offing as government turns down the July 1 pay rise proposal for Teachers and Civil Servants; Full details below 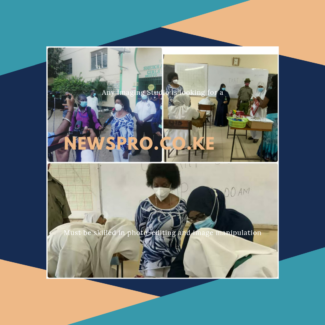 Latest news on TSC Teachers Salaries 2021-2022: Gloom has engulfed Kenya’s underpaid civil servants specifically classroom teachers who now feel demoralised, “used and  trashed” after the government turned down an offer presented by the Teachers’ employer, TSC to the Salaries and Remuneration Commission, SRC to facilitate a smooth roll-out of the July 1, 2021 salary increment.

This therefore means that teachers will have to wait longer for any kind of salary increment.

Teachers and other civil servants had tabled a pay rise proposal worth Sh 68 billion but owing to the ballooning wage bill in the country, they will have to shelve any prospects for now.

The government apparently seems to be experiencing a major cash crunch especially now that almost every sector in Kenya seems to be limping.

In 2021, the Salaries and Remuneration Commission, SRC conducted another job evaluation with an aim of determining the true worth of classroom teachers.

The outcome of that exercise did acknowledge that classroom teachers have been forfeited and denied their rightful dues since 2017 when the current 2017-2021 CBA was implemented.

In this year’s job evaluation, SRC captured the pertinent roles played by classroom teachers as it cast the net wider.

Over 30  roles ascribed to classroom teachers were captured. This truly demonstrated that the request for the July 2021 pay rise especially for classroom teachers who have for a long time pocketted a mere pittance is anchored on objective and verifiable evidence.

So denying the classroom teachers who are the engine of this country’s teaching fraternity will leave many disillusioned and retired.

The government’s decision to put off CBA talks for a possible pay rise for teachers and other civil servants might be understood given the biting effects of the ongoing covid-19 pandemic.

What teachers cannot however fathom and go to bed with is the idea that there are still glaring Salary gaps between classroom teachers and school administrators who are currently earning higher salary perks in the current CBA 2017-2021.

Although regular teachers constitute the larger pool of teachers’ unions especially the toothless Kuppet, their so-called “civil rights activist” Kuppet will fail and frustrate them if it will not make things right this year.

Note that classroom teachers received the lowest perks in the 2017-2021 since SRC overlooked their pertinent roles.

Their worth was therefore not correctly captured resulting in low salaries.

On the contrary, school administrators were awarded higher salaries. The wide gap between the two Cadres has been a thorn the flesh whenever the subject of teachers’ salaries is broached.

To tame the ever ballooning wage bill, the Salaries and Remuneration Commission, SRC has also capped allowances for civil employees after realizing that some civil servants enjoy allowances that exceed 40 per cent of their basic salary.

In the next six months, SRC will slash allowances that exceed the limit.

Also note that all new civil employees will have their allowances capped at 40%.

Furthermore, teachers posted in hardship areas will also have to bite the bullet after the government was advised to scrap some of areas which have now undergone development hence are no longer inaccessible.

Others will also have their hardship allowance trimmed since it exceeds 40% of their basic salary, Check the table provided below

The table below summarizes the monthly hardship allowance rates that are paid to teachers working in hardship areas; per job group as per the 2014 review:

It is in the public domain that parliament has been ordered to scrap off some areas initially listed as hardship areas for teachers and other civil servants on grounds that the areas are no longer hardship having developed over the years.

This is after the World Bank noted that some of these areas are now easily accessible for they are dotted by all-weather roads. Besides, some of the hardship areas now have adequate water, electricity, security, and food hence providing a conducive working environment for government-employed workers.

TSC TO SCRAP HARDSHIP ALLOWANCES FOR SOME AREAS

What are your views? Do you think the government is being fair in its decision on the anticipated July pay rise for teachers? Feel free to express your views on our “Comments” Platform at the bottom of this page.

How to Apply for Deployment from Primary to Junior…