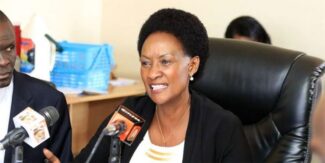 The Teachers Service Commission occasionally collects data on its employees including teachers touching on their length of stay in one working station-school which forms the basis for massive TSC delocalization.

The latest TSC delocalization, mass transfer of teachers news 2021 however indicates that the Commission will henceforth carry out teacher delocalization in a more synchronized manner to preserve the family, the basic unit of any society.

This follows a public outcry from the affected teachers who were separated from their families by previous TSC delocalization exercises.

How CBA 2021-2025 will affect TSC Mass Delocalization of Teachers

Teachers whose families were separated following mass transfers that were executed by the commission have something to smile about in the new 2021-2025 collective bargaining agreement (CBA).

The commission noted that the move is set to promote family values. However, these transfers will be subject to the availability of vacancies among other requirements.

“In promoting family values, the commission agreed to consider requests for transfer of couples who are teachers, subject to availability of vacancies among other requirements,” reads the CBA in part.

Collins Oyuu, the newly elect Kenya National Union of Teachers (KNUT) Secretary general lauded the move as the biggest gain in the latest CBA that has been castigated owing to its lack of monetary component.

Mr. Oyuu noted that families that had been separated will be reunited once the commission kicks off the implementation of the deal.

He said: “Families have suffered in most of the transfer cases. These families that were moved apart due to the transfers will now be reunited once the TSC starts to implement the deal,”.

Kuppet secretary-general, Okello Misori, commended the move as a major win especially for teachers who are nearing retirement.

“Some of these teachers are nearing retirement. Bringing them close to each other will be a good move. Some are also having health issues and being close to family is a major win,” said Mr. Misori.

TSC started mass transfer of teachers on January 1, 2018. The exercise received tremendous opposition from KNUT. Secondary school heads were the most affected.

While appearing before National Assembly, Chief Executive Officer Nancy Macharia defended delocalization noting that it will promote co-existence and cohesion in different communities across the country.

“The overall objective of this policy is to deter over-localisation of the teaching profession to promote co-existence and cohesion among different communities,” Dr. Macharia said.