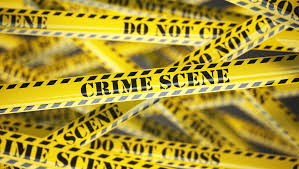 Mukuyu Village in Migori County is awash with grief after a principal murdered his school-going daughter for having a pre-marital affair with a 19-year old boyfriend.

The daughter who has been identified as Sauline Akinyi, 17, is said to have been found in the act in a nearby house by her father Mr. Rabet Onyango Apitha on Thursday.

His father had caught wind of her sexual escapades with her boyfriend before he rushed to the “crime scene.”

Enraged, Mr. Rabet buttered the boyfriend identified as Ibrahim Kerario Rioba but he managed to get away with minor injuries.

That is when the Principal descended on his daughter, a form four candidate at Ugari Mixed Secondary School in Migori County. He clobbered her using a cooking stick. It is believed that the daughter sustained serious head and hand injuries.

On Thursday night, Akinyi passed out and was rushed to the NeoCare clinic in Mukuyu where she was attended to but her condition became worse.

She was later referred to Migori Level 4 Hospital where she succumbed to the injuries while undergoing treatment.

When the harsh reality of his actions dawned on him, the principal quickly bought a coffin for the deceased girl and organized for her body to be transported to his ancestral home at Bondo Town in Siaya County for burial rites.

His son, enraged by his father’s actions however felt that he owed his sister, telling the truth. He reported the matter to a local elder, Elisha Otieno who quickly blew the whistle.

The OCPD Uriri Police Station then took action and intercepted the body at Homa Bay Town on Friday while on transit to Bondo.

The body was taken to Ombo Hospital in Migori for autopsy.

The teacher has since been arrested and is set to be arraigned soon to answer murder charges.

This incident comes at a time when the country is facing a great challenge, manning teenagers amidst the Covid-19 pandemic.

Less than a week ago, a report emerged indicating that over 4, 000 school girls had been impregnated in Machakos County within three months.

Although the education CS Magoha denounced the report, there could be some truth since numbers do not lie.

He promised to look into the report to ascertain its authenticity.

Besides, crime rates have also gone higher with school-going boys finding themselves on the wrong side of the law for engaging in petty crimes.

This is a wake-up call to the Ministry of Education. The truth is, these teenagers are idle. They need to be engaged or we will lose many lives in the process.