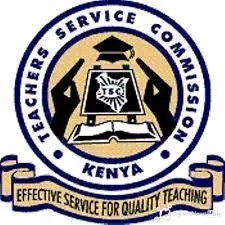 Teachers have threatened to boycott their duties next week should the government, through the Teachers Service Commission (TSC), fail to address their grievances.

The Kenya Union of Post Primary Education (KUPPET) submitted a list of their demands to TSC. They want the commission to negotiate and implement the 2021-2025 Collective Bargaining Agreement (CBA), with the current one set to expire next month.

They also demand teachers be offered a 70 per cent pay rise in the next CBA, from the current 30 per cent. Further, they are calling for salary increase arrears for over 3500 technical and vocational education and training (TVET) teachers transferred from TSC to the Public Service Commission (PSC) as stipulated in the 2017-2021 CBA.

“Teachers expect nothing other than a salary review this year. We have gathered that TSC was advised by the Salaries Remuneration Commission (SRC), but TSC has not shared the advisory with us,” said KUPPET Secretary General Akello Misori.

Teachers under the Kenya National Union of Teachers (KNUT) are yet to issue their stand.

The Teachers Service Commission (TSC) has replied on the status of the imminent teachers Collective Bargaining Agreement (CBA) planned to be signed ahead of July 2021.

This follows the Kenya Union of Post Primary Education Teachers (Kuppet) Secretary-General Akello Misori’s letter to Nancy Macharia expressing concern about the delay in concluding discussions on the new CBA.

Misori noted that for the past two years since they initiated talks on the new CBA, TSC has consistently snubbed their efforts to have structured talks.
“As a union, we have diligently discharged our obligation under the Labour Relations Act, but the government has been dragging its feet for more than a year,” said Akello Misori, the Kuppet secretary-general.

According to KUPPET, all that remains in the negotiations is for the Salaries and Remuneration Commission (SRC) to give its advisory report to TSC to allow it to table a counteroffer to the union.

But in reply, the teachers’ employer said it has noted the union grievances and acknowledge they are valid. TSC further promised teachers that it is taking all steps to ensure the subject is addressed in the shortest time possible.

“The Commission has duly noted your sentiments on the above subject matter (CBA 2021 – 2025) with which we concur to be valid. I wish to assure that the Commission is taking all the steps to ensure that the matter is addressed in the shortest time possible,” said TSC CEO Dr Nancy Macharia.

In April National Treasury Cabinet Secretary Ukur Yatani wrote a letter to the Salaries and Remuneration Commission (SRC) stating that his ministry won’t release about Sh83 billion in salary increase that the State owes civil servants and teachers.

The letter dated March 18, addressed to Anne Gitau, the Commission Secretary at SRC, got a shocking reply from Yatani who attributed this to budgetary constraints to the forthcoming General Election and the adverse outcomes of the Covid-19 pandemic.

Both KUPPET and Kenya National Union of Teachers, KNUT protested the decision. Teachers and civil servants later threatened to down their tools if the government does not honour the numerous collective bargaining agreements (CBAs) it struck with them.

The expiring CBA signed four years ago was implemented in phases for Sh54 billion and will expire on 30th this month. CBAs are normally discussed and implemented across 4 years.

Generally, discussions for a new cycle between unions and TSC are made at least a year before the lapse of the existing one. Yatani stated that a total of Sh42 billion will be spent in the coming general elections.

“We have already factored Sh10 billion in the Financial Year 2021-22 ceilings for the preparatory activities,” said Yatani, adding that the outstanding balance will be factored in the subsequent financial year.

This combined with a bit in taxes collected, forced the Exchequer to set aside just Sh6.8 billion, or 10 per cent of the Ksh68 billion intended for the 4-year salary reviews for teachers and civil servants in the upcoming budget.

The remaining cash, Yattani said, would be released in phases in the 2022-2023 to 2024-2025 financial years. But, labour union leaders castigated the treasury for using elections and Covid-19 as an excuse to deny workers their dues.

“The Government and employers should prepare for stiff resistance from unions,” said Wilson Sossion, KNUT Secretary-General, adding that the economy is more than capable of providing Sh83 billion, with close to two-fifths of this allocated for teachers.

The Treasury has projected that it will accumulate Sh1.76 trillion from taxes in the financial year starting July even as it tries to turbo-charge an economy that has been ravaged by the pandemic.

“Further, due to the negative effects of Covid-19 on the economy, we expect the economy and the projected slow recovery, revenue performance over the next two years,” said Yatani.

The National Treasury stated that it expects the economy to recover this year, increasing at around 7 per cent compared to slower estimated growth of 0.6 per cent in the last year.

Cotu Secretary General Francis Atwoli noted that global economies have been ravaged by the pandemic but noted that counties make annual budgets hence workers do not have to wait for 4 years. He added that the funds being borrowed should be used to support Kenyans.

“I said it that the billions we are borrowing should supplement our budgetary allocations and also fight of Covid-19. But not to be pocketed by a few individuals,” said Atwoli. Public Finance Management Act 2012, however, does not permit the Government to spend borrowed money to for salary purposes.

KNUS SG stated that excessive borrowing in the economy can never be used to punish teachers and civil servants. “The CBAs must be funded as recommended by SRC. The Treasury and government cannot undermine what has been recommended by SRC,” said the ODM nominated MP.

Kenya Universities Staff Union (KUSU) said that the State must look for funds for the workers’ CBAs or risk industrial action.

“Kenyans pay taxes and workers are the Kenyans. So they will have to get what is due to them. The Government must look for money to implement CBAs,” said KUSU Secretary-General Charles Mukhwaya. “Sh6 billion is a drop in the ocean and a big joke.” He added.

KUUPPET had held a 3-day retreat in Naivasha to discuss out pending issues in the CBA and to lay the ground for the next stage of the agreement. Union insiders however said the transit would be a huge setback for classroom teachers, who were hoping to mainly benefit from the next CBA. In the current Sh53 billion CBA, classroom teachers were awarded a raw deal.

Union of Kenya Civil Servants Deputy Secretary-General Jerry ole Kina announced that they are in the last phase of their CBA and remarked that they have been in negotiation with the Government and were expecting the government on Monday.

“Before we can comment, let’s hear them first. If it’s a positive answer we shall welcome it. If this is for the entire public service then we need to know the fine details of what they are talking about.”

Atwoli took issue with how public servants’ CBAs have been structured. CBAs, he maintained, should be of 2-year cycles and not 4 years as is the existing practice.

“And they have arm-twisted the unions to accept the four-year cycle, which is illegal, unconstitutionality against the ILO (International Labour Organisation) conventions,” said Atwoli. Atwoli noted that with 2 years cycle the subject of general elections would not occur.

Atwoli said for good industrial relations, the Government must call unions and employers such as the Teachers Service Commission (TSC) to a meeting for presentations and justifications for their planned actions.

“Meet all the union leaders and explain to them why they want to pay less and also allow unions to ask questions like why pay less and Kenyans are paying taxes,” said Atwoli.