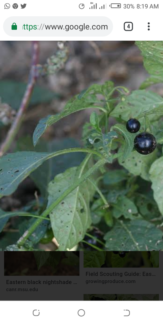 Parents have raised eyebrows  over some of the items required by rutors to effectively administer Knec Grade Four school-based tests.

The parents are already feeling the heat  even after the Council (Knec) directed teachers to make use of readily available material for the tests.

“We advised teachers to make the assessments as local as possible and based on items that are readily available within the school set up,” directed Knec Chief Executive Officer Dr. Mercy Karogo.

Education CS Professor George Magoha also backed up Knec CEO’s directive when he asked teachers not to put undue pressure on the learners during the administration of the assessment tests.

However, parents have described some demands by teachers as outrageous, since most of the items being asked for are not   readily available in some areas.

The National Parents Association chair Nicholas Maiyo has also noted with a lot of concern that some schools are insensitive in their demands.

“We had agreed that schools should use local materials but most of them are going against what we agreed upon,” said Mr Maiyo.

Subscribe to our newsletter and stay updated on the latest education news and special offers!

He called upon teachers to assess the school environment before demanding for items.

“They must be sensitive enough to understand their environment and know some items can push parents to look for money. They should stick to what they said,” said Maiyo.

One of the schools requested parents to avail an old shirt, a long stick, old gumboots, a string, an old pair of trousers, a short stick and old clothing for tests scheduled for this week.

The items will be used during Agriculture projects. 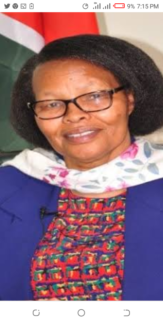 This means that pupils will engage in various projects in the respective subjects.

The tests are administered to regular (age-based) and stage-based (special needs) learners. For the regular learners, Mathematics, English, Kiswahili, Kenyan sign language, science and technology, music and arts and craft will be assessed.

And for the special needs learners, the teachers will administer assessments in communication, daily living skills, social and religious education, numeracy, creative, environmental, and psychomotor activities and sensory-motor integration.

“I urge all field officers to support schools and ensure that class teachers access the Knec assessment tools and administer them to their learners as seamlessly as they can,” said Dr Macharia.

The TSC boss instructed teachers to ensure that the assessments are during normal class hours.

“I must emphasise that these tests should be done in normal class hours and all learners should not be put under any tense atmosphere that is different from their normal day-day classes,” said Macharia.

She further told teachers to use assessment materials from their school environment in the spirit of CBC.

The tests which will end this week, are administered to Grade 4 learners who are the pioneer class of the 2-6-3-3-3 education system under CBC.

Official KNEC INVITATION TO KCPE AND KCSE EXAMINERS FOR THE 2020/2021 MARKING; VIEW PAYMENT RATES AND DOWNLOAD YOUR LETTER NOW

HOW TO CHANGE YOUR 2020 FORM ONE PLACEMENTS: CHANGING YOUR…