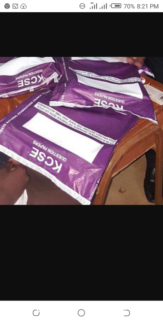 There are various categories of oral narratives in Oral literature. KCSE candidates in Kenya are however expected to understand six categories only. These are tricksters, monster tales, myths, legends, aetiological & dilemma tales

This article focuses on how to effectively analyse KCSE English paper two (101/2) oral literature questions with a specific focus on oral narratives.

What is the aim of KCSE English paper two 101/2 oral literature questions based on oral narratives?

The main aim of the examiner is to determine whether candidates can read and comprehend the narrative given then use it to answer questions effectively.

Therefore, teachers of English in Kenya are expected to focus on the following key aspects that are commonly tested if a narrative is set in the KCSE English paper two 101/ 2 examination:

Read the story below and answer the questions that follow

This thing happened a long time ago when people first appeared on earth. One day, the people were told that if they did not want to die, they should send Chameleon with a fat piece of meat to take to the moon who would then pass it to God. They were also told to give Lizard a hoe to take to the Moon. If Chameleon reached the Moon with the fat piece of meat before lizard (with the hoe) the people would not die but would live forever.

That day, the people never slept a wink. They stayed awake throughout the night and early the next morning, they sent Chameleon ahead of Lizard. However, on the way, the temptation to taste the succulent appetizing piece of meat proved too great. Therefore, Chameleon stopped to taste a little meat. The meat proved to be tender and juicy and Chameleon ended up eating a chunk of it.

The remaining piece that was to be taken to the Moon became dirty, covered with soil. Once Chameleon realized that he was late, he lowered the meat down from his back and began to hurry, dragging it along. As Chameleon hurried along, all the other animals stared at him, sniggered and hid away. But of course, most of them had been envious of the important errand on which he had been sent. So they were happy to see that he had failed.

By the time Chameleon reached the Moon, with the dirty piece of meat, Lizard had already handed over the hoe to the Moon and man thus lost the golden opportunity to acquire immortality. The Moon chased away the Chameleon and threw the dirty piece of meat after him. The hoe which the Lizard carried was used by the Luo to dig graves and bury their dead. Death had been born.

Since that time Chameleon messed up the Moon’s gift meat, the type of death from which an individual would die is fixed right on the day of his or her birth! And initially, Death did not come secretly to human beings. Death would send word to whoever he wanted to take away to get ready on a particular day. But since no one liked to die, people used to give Death a hard time. He always had to chase one person for days, before he overpowered and caught him. People used all sorts of tricks to evade Death. So he decided to come secretly and catch them unawares. That is why human beings never know the date they die.

This is a myth since it explains the origin of death. According to the narrative, death was born when the Chameleon messed up Moon’s gift meat.

Besides, the narrative has got supernatural beings as main characters- God and Moon who are actively involved in the plot of the story.

Explanation: This is simply because when he was given a hoe to deliver to the Moon, he did not hesitate to deliver it swiftly. Besides, he was careful enough not to mess it up or lose it, unlike Chameleon.

Illustration: This is because the Chameleon dragged along the Moon’s gift meat making it dirty when he was sent to deliver it.

He also stopped to taste the Moon’s gift meat since it was succulent and appetizing only for him to end up eating a whole chunk of it.

It reveals the existence of supernatural beings that is God who gave instructions to the people.

It explains the origin of death- death was born when Chameleon messed up the Moon’s gift meat.

It reveals the religious beliefs of the community from which it is drawn: they believe in the existence of a supreme being, God.

It has got sacred beings as main characters that is God and Moon.

It explains the origin of death- death was born when Chameleon messed up Moon’s gift meat.

It is closely related to the religious beliefs of the community, this community believes in the existence of God.

FemiVoice: How To Make Independent Ladies Crave For You, the Female Perspective