Just In-CBC News: It is Mandatory For Grade 6 Pioneer CBC Learners To Apply For Placement In Junior Secondary School (JSS)

Just In-CBC News: It is Mandatory For Grade 6 Pioneer CBC Learners To Apply For Placement In Junior Secondary School (JSS) 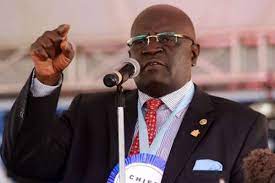 News reaching our Media Team, Newspro, on matters CBC is that pioneer learners currently in the sixth grade under the Competency-Based Curriculum must apply for placement in Junior Secondary School. This pioneer cohort is scheduled for transitioning to Junior Secondary School after sitting for the first-ever Kenya Primary School Education Assessment (KPSEA) exam later this year. The actual transition will be in January 2023.

Professor Magoha observed,” First of all, the children will have to apply and we are going to tell them the number of slots available. We are almost completing the process. We encourage private schools, which will say are ready for junior secondary schools, to allow the children to apply on the public platform so that they are placed”

” There is no need for parents to move the students to different institutions, adding that the competition will only surface during joining the senior Secondary Schools in grade 10″, Observed the CS

Concerns about CBC learners joining Secondary school at a tender age having been aired, the good professor dismissed them assuring the public that prerequisite measures and preparations had been considered. He observed that some Secondary School teachers had already been trained on CBC and there were plans in place to train more in preparation for smooth CBC rollout to Secondary school.

” Who said that our teachers are not well-trained? Even in this school, we have had 12-year-olds before and even now. I am a doctor and I can tell you that the difference between a 12 and 14-year-old is not that serious. They even behave better”, He asserted

He also assured the public of the commitment of the government to successfully implement the new curriculum. This he said by confirming that the construction of CBC classrooms in public schools was ongoing, with a total of 1,296 out of 5,000 classrooms having been completed. He went further to confirm that his ministry with the help of the government funding and commitment was determined to complete the remaining classrooms in time!

KNEC Attendance Register for Invigilators and…

TSC:Teachers’ Ignorance on the Law stinks to the high…