Educationist Calls for the Re-Introduction of Corporal Punishment To Curb Unrest In Schools; Read all the Latest, Trending Education News Here

Educationist Calls for the Re-Introduction of Corporal Punishment To Curb Unrest In Schools; Read all the Latest, Trending Education News Here 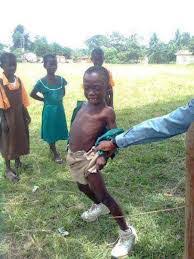 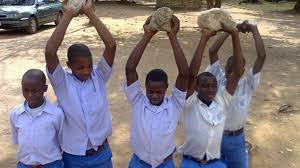 Educationist Kennedy Echesa believes that the re-introduction of corporal punishment may be a timely solution to countering the unrest in schools.

“It is time to relax our legislative and policy framework and involve teachers in disciplining learners reasonably without getting repercussions from the Ministry and TSC,” Echesa said.

He defended his proposal saying that the current state of education is “guarding children like eggs then releasing them to the society only to face corporal punishment throughout their lifetime.”

To emphasize the need for caning, Echesa, in a humorous reference to the African proverb; “spare the rod and spoil the child,” stated: “Intelligence of an African child is in the buttocks. If you don’t deal with them then they are going to grow into very useless persons.”

His argument was based on the fact that if the term corporal punishment is interpreted to ease the intensity as stipulated in the law, it would serve its purpose and not cause harm.

Education News Today 2022: How CBC is organized from…

Maranda High school on Fire again as a teacher gets arrested…

Education News Today 2021: How CBC will create a Crisis in…

Latest Education News: Every School to Employ an ICT…

“A few slaps, a few strokes of cane to Form Ones and Form Fours is not corporal punishment,” he explained.

Janet Ouko, the CEC for Education in Nairobi County, disapproved of Echesa’s argument saying that the law prohibits teachers from caning learners. She, however, told off parents who advocate for children to be caned yet they do not take the same action at home.

She called upon parents to be responsible for their own children’s discipline.

“If you cannot cane your child, stop asking teachers to cane the child for you, let it begin with you. Cane them thoroughly and the teacher will not need to do that,” she said.

Chairperson Kenya Private Schools Association, Mutheu Kasanga, who was also in the discussion disputed Echesa’s sentiments saying that the old days were a nightmare to students and reintroduction to the system would lead to worse cases of indiscipline.

“Before the law was changed, the issue of indiscipline was even more dangerous than we are discussing now. Take an example of the Kyanguli disaster, Bombolulu and St. Kizito. Corporal punishment was the cause of all those,” Mutheu said.

She went further to highlight the plight of students in schools during her time when schools were like a prison where students studied in fear.

“We went through a system where you were beaten for not performing. The root cause was not addressed,” she said.

Mutheu insisted that a significant minority of arson cases reported recently in schools should not even trigger such a debate which was abolished for its ineffectiveness.

“There are about seven schools affected and we are over 8,000 secondary schools then we use the few to craft a national discussion on indiscipline, ” she disputed.

TSC leave allowance 2022 might be increased if TSC Yields to…

2019 KCSE RESULTS NEWS: MAGOHA IS NOW READY TO RELEASE THE…