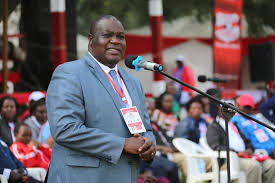 Education News Today: The Ministry of Education (MoE) and Teachers Service Commission (TSC) officers have been barred from sitting in schools’ boards over presumed conflict of interest.

The Basic Education Principal Secretary (PS) Jwan Julius said it has come to the attention of the Ministry that when these officers sit in school boards, it compromises service delivery in the institutions.

“It has been decided that employees of Ministry of Education and TSC shall not be nominated for appointment to Boards of Management (BoM),” said Jwan in a circular dated January 5, 2022.

However, Jwan said that the nomination of teachers’ representative and the head of school who is the secretary to BoM in line with Section 56(1)(c) of the Basic Education Act will stand.

Insisting on C+ is punishing candidates from needy backgrounds

According to the Act, the school board comprises six persons elected to represent parents of the pupils in the school or local community in the case of county secondary schools.

Further, one person representing special interest groups in the community, another representing persons with special needs and a representative of the students’ council who shall be an ex-officio member, will also sit on the board.

The BoM may also from time to time co-opt into its membership such persons as it is satisfied possesses skills and experience to assist in the discharge of the Board’s functions.

In the new circular, Jwan said that the composition of parents’ association must also be done with a view of conforming to the instructions when it comes to the co-option of such persons into BoMs.

In the circular, Prof Magoha directed that all new board members must be vetted at the nomination stage as cases of indiscipline went up.

Magoha spelt out timelines for nominations and issued deadlines for presenting the list of new persons for his approval.

Magoha said the names of respective nominees to the boards should be forwarded on or before November 30.

“The purpose of this letter is to advise you to start the process of nominations and selection for appointment of new County Education Boards in accordance with section 20(1) (a-k) and School Boards of Management in accordance with Section 55 of the Basic Education Act, 2013,” said the CS.

This means that with the deadline for names submission ended, all TSC and Ministry staff who had already been nominated will be struck off the list and fresh persons picked.

“All nominations that have been done contrary to the instructions will be revoked with immediate effect,” said Jwan.

PS Jwan said the Ministry anticipates that the new teams coming in the school boards will streamline the management.

“Nominations shall be done at the school level but we are keen to see persons who are committed to implementing Ministry guidelines and policies,” said Jwan.

The PS said only competent persons must be given chance to sit on boards.

“According to Section 22 of the Basic Education Act, 2013, the tenure of service for the chairperson and members of the County education boards is four years and three years respectively,” said Magoha.

County Education Boards, among other functions, are expected to collaborate with the Board of Management, the Principal, the Head Teacher, and other appropriate authorities in the management of schools.

They are also expected to coordinate and monitor education and training in the County on behalf of the national government and the county government.

SHOCK AS POLICE OFFICERS LECTURE AND REASON WITH UNRULY…

Coronavirus Pandemic: No Tax for Kenyans Earning less than…