Clarification on Change of set books in secondary schools: KICD gives details on the last batch of KCSE candidates to read the current literature and fasihi set books in Kenya; Latest education news 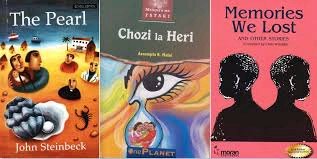 The Kenya Institute of Curriculum Development (KICD) has moved to substitute English literature and Kiswahili fasihi setbooks currently being taught and examined in high schools and teacher training colleges.

This is after KICD has directed publishers to submit printed copies of literary texts written in English and Kiswahili for evaluation as the norm dictates this month.

The new setbooks will replace the current ones, which were introduced in schools in 2018.

For literature in English, submissions have been called for a novel, a play and an anthology of short stories, whereas for fasihi ya Kiswahili (Kiswahili literature), tamthilia (play), riwaya (novel) and hadithi fupi (short stories) will be the areas for submission.

The call is expected to stir stiff competition as the setbook market is one of the most lucrative in the industry, with guaranteed huge sales spread over a four- year period.

Setbooks are also the most targeted by book pirates, who cash in on the huge market. For example, there are 751,150 candidates registered for this year’s Kenya Certificate of Secondary Education examination.

The new literature books will be studied by students who will join Form 3 next year in April in the reorganised crash schools calendar. The students are currently in Form One. They will be studied for four years.

The strategy has been praised for achieving the once-elusive 1:1 student-to-book ratio, but it has also seen some bookshops close down.

“The literary texts should be submitted for secondary Form Three and Four students and teacher trainees in teacher training colleges.

The materials presented for evaluation and granted approval will be used in Kenyan educational institutions,” said KICD CEO Charles Ong’ondo.

Publishers are expected to make their submissions by noon on March 18. Interested publishers must, however, formally confirm the materials they wish to submit by Friday this week.

Publishers will pay a submission and evaluation fee of Sh140,000.

Those who are successful and will be expected to effect corrections will pay Sh100,000 for ‘corrections inputting’ according to guidelines released by KICD.

The institute anticipates the evaluation to be complete by April 6, after which the Curriculum Technical Committee will vet evaluation report up to April 13.

Two days later, the KICD council will give formal approval of the committee’s recommendations and announce the results on April 16.

In response to previous allegations about corruption in the selection process, KICD introduced ‘blind’ tendering where manuscripts are submitted as spiral-bound copies bearing no identification of the publisher, title of book or the author.

Publishers are also busy preparing materials for Grade Six in the competency-based curriculum.

Last month, they complained that the time allocated for the preparation of the books was inadequate.