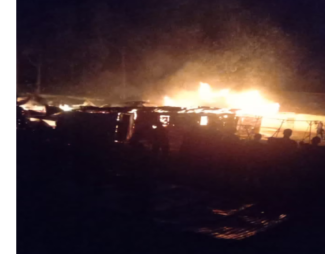 Arson attacks in schools has become one of the a thorny issue in secondary schools. Coincidentally, this vice is always rampant in term two and most schools that are affected are boarding.

Undeniably, student unrests and strikes have been perennial occurrences in Kenya, resulting in wanton destruction of school property and at times loss of life. There have been various efforts to address this phenomenon.

Research has revealed that the underlying cause of recurrence of student unrests and violence is as a result of the convergence of many factors finding expression in second term for various reasons.

The research also ranked fear of exams as one of the major reasons for the burning of secondary schools in second term. For most Kenyans, excelling in academic and professional examinations is considered key to overall life success hence the rigorous testing of the level of preparedness for Kenya Certificate of Secondary Education candidates.

“It’s a working term; it’s always been a tough term for candidates. However, collective outrage has marked a watershed for a Country that had often shut eyes to the teen violence in secondary schools in second term,’’ read part of the report.

Inadequate quantity or quality of food;
Attempt to change some long established school traditions;
Drug abuse in schools;
Lack of observance of professional ethics by teachers;
The prefect factor;
Fear of examinations and poor results;
School administrative styles;
Corporal punishment;
Lack of recreation facilities;
Low supply of amenities such as electricity and water;
Communication breakdown;
Strict school rules.
Low achievement in class work;
Forced repetition;
Theft;
Inter-class conflicts at school;
Coupling in school;
Peer pressure; and adolescence as a stage of emotional instability and adventure.
Geographical circumstances e.g. proximity to slums;
The negative influence of the mass media that tended to glorify violence;
Undue political interference for example in the nomination of Board of Governors (BoG) membership;
National culture of violence;
The changing society;
Poor parenting;
The general hopelessness and despair caused by the prevailing economic and social hardships.

TSC TPD News 2021: How Members of Parliament, MPs reacted to…