UEFA Champions League : List of Victorious Teams up to date

UEFA Champions League : List of Victorious Teams up to date 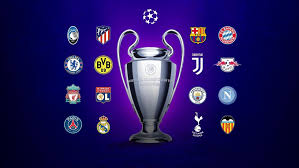 The UEFA Champions League is a football tournament of the best European teams. It carries on the tradition of the European Champions Cup as the most prestigious competition on the Old Continent. First games of the Champions League started in the 1991/1992 season. Initially, 8 of the best club teams in Europe that were divided into two groups of 4 teams took part in this tournament.

Their number was increased to 16 in the 1994/1995 season, to 24 in 1997/1998 and to 32 in 1999/2000, when, in addition to the national champions, the teams from the strongest leagues that were situated lower in the table were admitted to the tournament. Thanks to these changes the Champions League became the most prestigious and most watched football competition in the world, and football scores of this championship became the most popular for bookmaker’s bets.

Interesting fact! The Champions League anthem is the anthem of Georg Friedrich Handel, edited by Tony Britten, “Zadok the Priest”, which is played in a cut version before each Champions League match and in the final qualifying round of this tournament.

Until 1991, the teams competed in the European Club Championship. These games were created in 1955 at the initiative of the correspondent of the “L’Equipe” sports newspaper. Three clubs took part in it:

Upton Park FC from Great Britain;
USFSA XI from France;
Université de Bruxelles from Belgium.
According to the football score this tournament was won by the British club.

The English Premier League : Up-to-date data
An interesting fact! Trophy for winning the UEFA is a cup, which is made out of 925 sterling silver. However, the winner does not take it forever, but only receives it for 10 months and returns it before the expiration of this period. According to UEFA rules, a team can only receive a 1:1 copy after they have won the competition three times in a row, or a total of five times. 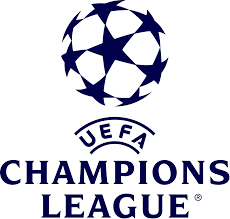 The best teams in England and Wales play in this league, such as Arsenal London, Manchester United, Chelsea, Liverpool and others that regularly play in the UEFA Champions League. Most fans and betters are looking for an EPL table, news, scores and interesting facts that are related to the English Football Premier League. It is worth mentioning that this is also the oldest national championship. The first game of this league took place in 1888. The current format of this competition, which is known as the English Premier League, was launched in 1992. Watch the EPL tables to keep abreast of all the news.

TSC Issues Newly Revised Improved Guidelines On How To Handle Teacher Alcoholics And Drug Abusers.(Apply For Sick Leave Among Other