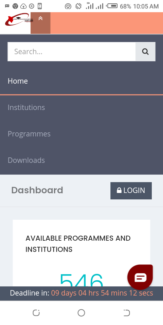 Barely a week ago, the Teachers Service Commission, TSC released new entry guidelines for teacher trainees aimed at scrapping the Bachelor of Education degree programme from the list of courses offered by universities within Kenya.

According to the TSC entry guidelines for students wishing to join the teaching profession, learners should first enroll for either Bachelor of Science or Bachelor of Arts for the first three years then undertake a post graduate diploma in teaching for one year.

This move has however not augured well especially for universities since they might be forced to lay off several staff who have already majored in the Education field.

The proposal has therefore received resistance from key stakeholders including universities.

KUCCPS Cut Off Points Per Course; Bachelor of Science (Civil…

Details hitting our newsdesk today however indicate that universities will still offer the Bachelor of Education degree in September in spite of a proposal by the teachers’ employer TSC to have the programme scrapped from KUCCPS list.

The 2020 Kenya Certificate of Secondary Education (KCSE) exam candidates began revising their degree courses on May 24.

The application and revision of the degree courses will be closed on June 11 to enable the placement service to distribute students to universities before the start of the September semester.

The Teachers Service Commission (TSC) is proposing that universities scrap the programme and introduce a three-year degree in Bachelor of Arts or Science.

Students wishing to become teachers will then be required to pursue a post-graduate diploma in education before they are employed by TSC.

The interim chairperson of deans of education for universities, Dr Ciriara Gitonga, said the institutions will still admit students in the programme because the proposal by the TSC is yet to be adopted.

“We are still treating the information as a proposal because stakeholders have not concluded on it yet,” said Dr Gitonga as she sought to reassure university students currently pursuing the B.Ed programme.

The principal of University of Nairobi’s College of education, Prof Isaac Jumba, said the institution is ready to admit Bachelor of Education degree students in September as information on a change of programme has not been communicated to them.

“We are admitting education students in September,” he said.

Prof Jumba said before 1979, when the B.Ed degree was introduced, students would take a general degree in arts and science for three years, then proceed to a one-year diploma programme.

At the moment, universities are treating the TSC document as a proposal which needs a sober debate, he added.

“The university is also admitting privately sponsored students to pursue the degree in the May intake as the TSC document is at the proposal stage,” said Mr Murigi.

The Bachelor of Education is among the popular degrees pursued by students. When it was introduced in the country in 1979, it was moved from the University of Nairobi to Kenyatta University, which was then a constitute college of the former.

UoN reintroduced the programme in 1988. However, Kenyatta University remains the mother of the B.Ed degree programme, attracting the largest number of students.

Education Cabinet Secretary George Magoha defended the move to scrap the programme, saying it will enable seamless implementation of the Competency-Based Curriculum (CBC).

“Change is the only thing that is constant the world over. This is the right time for scholars to think and decide whether it is the time to do things differently,” he said.