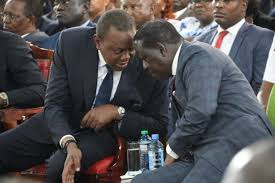 The country is now looking forward to a BBI referendum earliest in the month of June or latest in July 2021.

The BBI referendum will be the fourth one in the country since independence.

Kenya will then head to a constitutional referendum in the coming months after a number of county assemblies approved the amendment Bill.

However some proposals in the BBI do not require referendum once passed by Parliament which is the current stage.

What’s now important is for teachers to know what’s in  store for them after the BBI team has declared that the third Covid-19 wave will not affect its June/July BBI referendum plan.

How BBI will affect teachers

The BBI taskforce report made a number of proposals that will affect schools and teachers.

The proposals touched on teacher staffing and recruitment.

The taskforce report proposed that programmes be put in place for cultural exchange and integration between different schools, so that learners can appreciate the different cultures and dynamics in the country.

“On teacher recruitment, the Ministry (of Education) should adopt policy guidelines that discourage local recruitment and staffing of teachers, depending on the circumstances,” the report recommends.

This means teacher delocalization will not only be a policy by TSC but will be anchored firmly in the Constitution.

Previously, there was friction between Kenya National Union of Teachers (Knut) and Teachers Service Commission (TSC) over delocalisation policy, with the latter saying it is not a new phenomenon.

However TSC stated that delocalisation is not meant to punish teachers, but is aimed at promoting national cohesion.

This then followed by school heads who got delocalized after TSC enhanced their perk.

The Teachers Service Commission (TSC) CEO Dr. Nancy Macharia while appearing before the Senate Committee on Education last year defended delocalisation of teachers, saying that it is not made to punish tutors but aims to promote national cohesion.

Macharia acknowledged that the transfers had some flaws at the beginning, but the agency has since fixed them.

“Delocalisation is simply a transfer; we want to ensure that teachers do not teach in their locality for their entire teaching life but are exposed to other cultures,” said Mrs Macharia.

The CEO said the commission has since stopped transferring teachers to far-flung regions from their counties.

For primary school teachers, she said, tutors are transferred from one sub-county to another within the same county or in counties near their home counties.

“Secondary school teachers who are transferred to other counties are those who have been promoted to senior positions which they applied for,” she said.

The delocalisation programme, career development programme and teachers appraisals are some of the policies which have fuelled a bad relationship between the commission and the Kenya National Union of Teachers (Knut).

Knut was opposed to the manner in which delocalisation was conducted in recent years saying it was meant to punish teachers.

The BBI taskforce report indicates that ethnic antagonism and competition are a major threat to Kenya’s success and to the very continuity of the nation.

To strengthen social ties and promote unity among all the communities, stakeholders recommended that the Education ministry, through the Kenya Institute of Curriculum Development, reviews the curricula to introduce and integrate teaching of national unity, character, and cohesion to learners during their formative or early years.

It also proposes the review of policies in the education sector that promote social integration, especially as regards admission to schools and institutions of higher learning.

The stakeholders also agreed with the BBI Report that deliberate efforts should be made to ensure a national outlook in the student and staff population in every school.

However TSC has dismissed claims that there are plans for a mass transfer of teachers countrywide after the national exams are completed.

Last month news went viral and was published on The Standard paper that TSC has directed its regional staff to collect and forward data of school heads who have stayed in one station for over nine years so that they can be transferred in April and May when schools will have finished KCPE, KCSE exams.

In a February 26 memo to all Regional Directors, TSC wanted to be furnished with details of primary school headteachers and principals of secondary schools who have exited the teaching service.

However in a statement to newsrooms the commission said the internal memo that was cited by a local newspaper only sought routine field data on staffing of schools for planning purposes but was not meant to initiate transfers.

“Our attention has been drawn to a story in the Standard of today, 9th March 2021, under the headline TSC sets pace for Fresh round of mass transfers. The TSC wishes to refute the claims made in the story that the Commission plans to conduct a mass transfer of teachers countrywide,” said Rita Wahome, the Director of Staffing.

TSC further stated that its Chief Executive Officer Nancy Macharia announced ahead of the reopening of schools in January 2021 that the commission would not conduct mass transfer of teachers this year owing to the challenges arising from COVID- 19.

Additionally, the congested revised academic calendar leading to national examinations in March was also noted as a reason for not undertaking any transfer of teachers.

The commission said Dr. Macharia assured the country that only those positions left vacant through natural attrition will be filled.

“The Commission, therefore, wishes to assure teachers that the Commission does not plan to effect any mass transfers as alleged in the newspaper story. Teachers must be left to continue conducting their normal teaching duties and conduct the national examinations without any interference,” the statement adds.

In total, the commission has nine members. With one representing each region of the defunct provinces.

Jamleck Muturi will replace Dr, Lydia Nzomo. Nzomo was the first person to chair the TSC after it was made a constitutional commission.

How to Check/Confirm KCPE & KCSE 2020/2021 results online- Individual and for the whole school at the official knec online results portal at https://www.knec-portal.ac.ke

WANT TO MIGRATE TO CANADA?

HELB Reveals Why More than 95,000 Students Will Miss HELB…