HOW CAN P1 TEACHERS EARN A SALARY EQUIVALENT TO THAT OF SECONDARY SCHOOL TUTORS?

HOW CAN P1 TEACHERS EARN A SALARY EQUIVALENT TO THAT OF SECONDARY SCHOOL TUTORS? 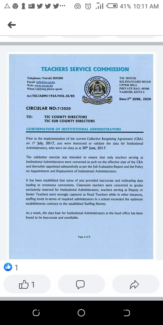 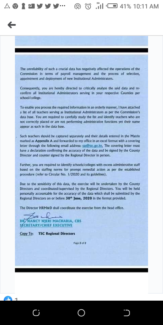 It is now crystal clear that some teachers especially those in primary schools are staring at imminent huge salary cuts after they were irregularly promoted to grades with higher salary perks during the implementation of the 2017-2021 CBA.

Earlier, we did an article on TSC promotions that highlighted some of the anomalies and how they came to be. Below is the link to the article

Fresh details have emerged shedding more light on which teachers are likely to be greatly affected by the upcoming TSC salary cuts.

This is very absurd and quite demotivating to high school teachers since a teacher’s salary should be pegged on the teacher’s work output, job designation, and academic qualifications.

PROMOTIONS BY PRESENTATION OF PAPERS

After a thorough analysis of data presented before the Commission in 2017 has revealed that some regular classroom P1 teachers have been earning salaries higher than their designation. Some P1 teachers are said to have been earning salaries equivalent to that of school administrators and some school administrators earning a salary equivalent to that of their counterparts in secondary schools.

There have been numerous complaints about the criteria used to promote teachers. Some tutors especially secondary school teachers in Grade C3 former L felt cheated by the system since the Commission does not advertise promotional vacancies for the grade.

This has unfortunately seen the majority of these teachers stagnate in this grade for over 15 years.

THE BIG QUESTION ON MANY TEACHERS’ MINDS IS, HOW IS THIS EVEN POSSIBLE?

The world is a funny place and full of possibilities too. According to the circular, this anomaly arose some three years back when the commission decided to promote teachers by simply presenting papers instead of following the right protocol.

Now that the Commission is set to promote and effect salary increments of teachers on July 1, 2020, all field officers have since been directed to confirm data for all school administrators who were on duty as of June 30, 2020.

“Before the implementation of the current CBA, on 1st July 2017, you were instructed to validate the data for institutional administrators who were on duty as of 30th June 30, 2017.

The validation exercise was extended to ensure that only teachers serving as institutional administrators were converted as such on the effective date of CBA. It has been established that some of you provided inaccurate and misleading data leading to erroneous conversion…” reads part of the circular.

Given the sensitivity of this matter, the TSC has since directed all county education officers to personally collect the data afresh and submit it to the TSC headquarters by June 30, 2020.

The exercise should be closely supervised and counter-signed by the regional education director in person for verification purposes.

How to Apply for Deployment from Primary to Junior…

HIV Positive and Not Ashamed: Top Kenyan Celebrities Who…