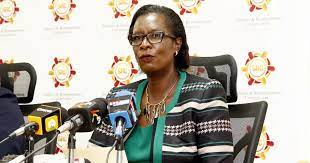 From a proposal seen by the Newspro team submitted to parliament; the Salaries and Remuneration Commission(SRC) has for the first time proposed a salary increment for teachers and civil servants.

The proposal spells out an automatic salary review after every four years. This is in line with what the Salaries and Remuneration Commission terms as matching the salaries with the spiraling cost of living.

This proposal is stack different from the current situation, which has no designated timelines for reviewing pay for government officers like the doctors, nurses, teachers, and lecturers.

The cost of living in the country and generally the world over has shot up to unprecedented levels. This rise has been felt more across the country this year (2022) This has not spared government employees especially when their monthly salaries have stalled!

The Commission read in part,” The Commission shall undertake the review taking into the applicable national budgeting and planning cycles”

It is in the public glare that the cost of living has shot up tremendously necessitating the need for a formula to determine the salary hikes. consequently, the cost-of-living measure will be based on the annual Consumer Price Index(CPI) that is given by the Kenya National Bureau of Statistics (KNBS).

It is to this effect that SRC has submitted these pay review regulations to parliament as it is its mandate. However, it should be noted that the Commission has pegged these reviews on the budgetary allocations and performance targets at the various public offices.

All this is in the background of the public sector wage bill standing at an estimated Sh 830 Billion annually, a recurrent expenditure that is slightly more than half the government’s revenue for the year ended June 2021.

The government’s tax man KRA has managed to collect Sh 1.669 trillion for the financial ending year 2021 against a target of Sh 1.8 trillion.

TPAY Update- This Is How To Know If Your HeadTeacher Has Approved Your TPAY Profile. By The 8th Of July, 2022