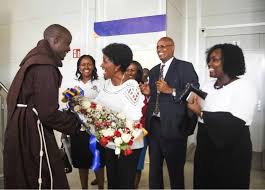 Inside TSC Plan to Promote Over 7,000 teachers to Administrative Posts to usher in CBC Era in Junior Secondary

TSC Promotions are highly sought after following the monetary incentives that come with it.

During the latest TSC Promotions for the 2021/2022 cycle, a total of 16, 000 teachers were lucky to be promoted to higher job grades/groups.

The latest TSC Promotions News Today indicate that the ministry of education is working around the clock in preparation for the first intake when the pioneers of the Competence Based Curriculum (CBC) will be joining junior secondary schools in January 2023.

The government through the ministry of education has already initiated the construction of over 7000 new schools countrywide for junior secondary schools.

Once the 7, 000 new schools are completed, TSC will promote and deploy a total of 7, 000 qualified and experienced teachers to head these new institutions before January 2023.

This follows after the directive from President Uhuru Kenyatta during mashujaa day celebrations held in Kirinyaga County this year .

The ministry of education has already identified Counties that need extra schools and construction has started.

Clinching the list of counties that have prompted MoE to allocate them higher numbers of new CBC junior secondary schools is Bomet County (306 Classrooms) in 232 new Schools.

According the guidelines released by TSC, Factors like regional balance, gender equity and affirmative action for ASAL (Arid and Semi Arid Lands) counties among others were considered while effecting promotions for teachers in 2021. The Commission further adds that the promotions are usually equitably distributed across the 47 counties spread across the 8 regions.

TSC further specifies that all Promotions for teachers are pegged on the new career progression guidelines under the current Collective Bargaining Agreement, CBA 2021-2025 as opposed to the outdated schemes of service propagated by KNUT during the Sossion era.

“All vacant positions are advertised and filled competitively. All teachers are given equal opportunities through interviews sessions.” TSC says.

The above considerations were applied in addition to the minimum qualifications for teachers to be promoted to the next grade.

A total of 16,152 teachers were promoted after the recent interviews.

Keep checking here for all the lists of promoted teachers per County; which will be uploaded very soon.

Chances of being promoted

Even before you get your promotion results, you can speculate on whether you have been lucky or not. One way to do this is by reflecting on how you responded to questions that were asked during the interview.

Numbers of promoted Teachers per County

TSC Renders Good News to Over 6000 P1 Teachers after Shortlisting them for Deployment to Junior Secondary Schools. Check out which Selection Criteria and Minimum Qualifications TSC Is Looking For

TSC recalls all its officers currently on leave ahead of…