TSC Now Ready to Deploy 36,341 teachers to Junior Secondary, check out the Requirements and Apply for 2022/2023 TSC Deployment Vacancies

TSC Now Ready to Deploy 36,341 teachers to Junior Secondary, check out the Requirements and Apply for 2022/2023 TSC Deployment Vacancies 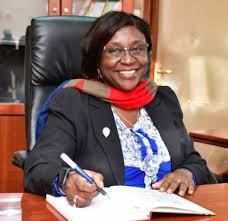 TSC set to deploy 36,341 P1 teachers to Junior Secondary, check out the Requirements

The aforementioned figure is informed and pegged on the fact that in 2023 there will be an influx of learners since the current standard six pupils will be transiting to Junior Secondary Schools.

The fate of P1 teachers with higher qualifications which has been a headache to most teachers has thus been revealed now that the new Competence-Based Curriculum is set to be rolled out in secondary .

Debates have been ongoing to see how to handle the program that is set to kick of in secondary schools soon .

The ministry of education has worked on the clock to see that structures are put in place for learners to join in the 100% transition.

The commission is set to deploy 36,341 teachers with higher qualifications,this include the degree,diploma,higher diploma ,post graduate diploma and masters .

Tsc has requested a budget of 10 billion to facilitate the exercise where it will employ 8000 teachers from a budget of 5.3 billion.

“The commission would appreciate any facilitation for these areas to receive some allocation,” said Macharia.

“Teacher mentorship and coaching program require an estimated Sh 50 million while the rollout of a national Biometric Enrolment and Validation of tutors will be done at a cost of Sh342.4 million,” she said.

The commission wants the facilitation of Sh600 million for gratuity to 3,358 contract teachers in the Northern frontier and the construction of additional county office accommodation estimated at a cost of 183.6 million shillings.

During the resource sharing at the Sector Working Group, the commission said it was allocated Sh295.9 billion for recurrent expenditure against a projected requirement of 310.5 billion shillings.

On development expenditure, the allocation was 656.4 million against a projected requirement of 1.14 billion shillings.

With this capitation the commision says that the deployment shall run smoothly as we set in for the new Curriculum.

THIS IS HOW JUNIOR SECONDARY SCHOOLS WILL RUN

How Junior secondary schools will be Managed: Junior Secondary Schools to have a head, deputy and senior teachers

According to the Principal Secretary for State Department for Implementation of Curriculum Reforms, Professor Fatuma Chege, the schools will also be domiciled in secondary schools.

Prof. Chege said these following the confusion on where Grade 7, 8 and 9 will be placed next year as well as its management.

The confusion arose after the Basic Education Principal Secretary Julius Jwan said that the junior secondary classes will be domiciled both in secondary and primary schools.

Juan also said the current classes used by class 7 and 8 will be used to host Grade 7, 8 and 9 next year.

“Classrooms used by pupils of class seven and eight will remain vacant due to the introduction of the CBC. But the classrooms will not go to waste because they are public resources. Instead, they will be used by students of Junior secondary schools,” Jwan said.

However Prof. Chege clarified that if for any reason, a Junior Secondary School class will be accommodated in surplus classrooms in a primary school, that is merely accommodation, they do not belong to the primary school, they are domiciled in the secondary sub-sector.

“Junior secondary school will be domiciled in secondary schools. There should be no confusion between domiciling, hosting or accommodating. If you are accommodated or hosted, you are a guest, but when you are domiciled, then you belong there legally,” said PS Fatuma Chege.

Prof. Chege who sought to clarify that the ongoing debate about the placement of the pioneer batch of Grade Six candidates under 2-6-3-3-3 curriculum to Junior Secondary Schools, stressed that as much as there are primary schools which will host Junior Secondary Schools, the management and the administration in such instances, will be independent from that of the primary school.

The PS was speaking at St. Maria Goretti Ruruguti Secondary School in Othaya, Nyeri County, where she commissioned the first complete classroom built under the Competence Based Curriculum project.

Already the Education Cabinet Secretary, George Magoha, announced a fresh 10-month training for teachers who will handle the upcoming Grade 7.

Speaking at Kapsabet Girls High School in Nandi County on Sunday, February 14, Magoha noted that the 10-month training will take place between the month of February and December.

A total of 60,000 teachers are targeted in the training. with over 120,000 primary school teachers already trained to handle Grade 6.

The Commission said it will also employ more teachers to handle junior secondary from the Sh15 billion additional budget it received for the 2022 – 2023 financial year.

In a report, which was presented to the Committee on Education and Research of the National Assembly by the Parliamentary Budget Office, shows TSC has planned to use its increased allocation of Sh15 billion to employ 13,000 secondary school teachers and 9,000 interns to cope with exits and the expected increase in enrolment when junior secondary is rolled out in January 2023.

“Government is continuous and if I am not there, whoever will come to take over will find everything ready and our children will be safe. We are leaving everything in good state as far as our children welfare is concerned,” he said.

Magoha also said all the CBC classrooms will be ready by end of January 2023.

In 2023, pioneer learners under the new 2-6-3-3-3 CBC system will transition to junior secondary school after sitting the Grade Six national examinations.

However the CBC learners may suffer a major setbacks after public universities revealed that they are not ready to enroll them.

In an interview on NTV Tuesday night, February 16, University of Nairobi Vice Chancellor, Prof James Kiama, noted that the first lot of CBC learners will bare the brunt of the unpreparedness when they join university.

He opined that the introduction of CBC was a good idea and a cheaper system for learners but the preparation for universities in the country to accept the students is a major challenge.

Kiama explained that by drawing examples on the challenges that emanated from the 8-4-4 system, CBC learners will also face setbacks in their curriculum at the university level unless the government works with the institutions of higher learning to prepare early.

“It will be a little cheaper for students because the number of years has been reduced. We have to now look at the curriculum we are used to teaching for four years and five years, we have to cut down on that.

“They are coming in 2029, we have seven years to prepare but given the experience we had with the 8-4-4, we might have a little problem. The university community needs to start thinking about this.”

His sentiments were backed by Medina Halako who explained that the education sector had been highly affected by the pandemic and other factors.

She noted that these factors had disrupted CBC and the 7-year time frame is not enough to plan to receive the learners.

“At the moment, Universities don’t have a structure to receive the CBC lot when the time comes. We have 7 years to prepare,” Halako explained.

However, she expressed her support for the CBC education system noting that it was very beneficial to learners from marginalized areas.

“CBC came at the right time because we needed to tap talent from our children. It presented an opportunity for kids from marginalized communities learning under trees,” she stated.