By News Pro Team On Jun 10, 2020
THE RIDICULOUS ‘GENDER CARD’ LETTER FROM THE CS GENDER THAT IRREPARABLY ANGERED KENYANS ON TWEETER!
0
Share 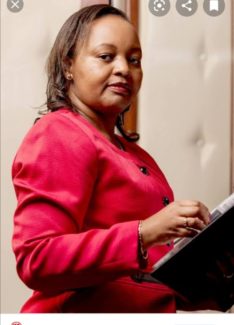 Then videos of the messy, bloody and with causalities impeachment process at the Kirinyaga county assembly started trending. With it, came the usual Kenyans’ reactions to the whole political process. There were those who seemed to savor with relish this setback in her political career.

A few others appeared to sympathize with her predicament terming it as a process that was unfair. But all in all, the impeachment process had been concluded successfully with the senate speaker Kenneth Lusaka receiving official correspondence on the impeachment from County Assembly speaker Anthony Gathumbi.

All these, revealing that the beautiful Ann Mumbi Waiguru now a Mrs. Waiganjo had fallen out of favor with her people from Kirinyaga. The minji minji tag that was coined by her vehement supporters in 2017 gubernatorial campaigns was no where to be heard this time round!

What spanned this Mrs. Waiguru’s impeachment out of proportion were the reactions and the actions of some senior government officials and even the general population of Kenyans on social media.

We woke up to a letter that had allegedly been written by the CS Gender, Professor Margaret Kobia in protest of the impeachment! She expressed her disappointment in the impeachment, claiming that the Kenyan system did not value strong women leadership.

She lamented that Mrs. Waiganjo was being impeached when the country was fighting against the Covid -19 which had impacted on social economic development of the country .She wrote that she strongly supported the Common Women Agenda(COWA’s) demand that due process in handling the impeachment take place and that justice gets served!

This single letter really got Mrs. Waiganjo’s impeachment trend on tweeter at position one for the better part of the day. A score of KOT wondered whether the good professor had just discovered that governor Ann Waiguru was a woman in leadership.

Why hadn’t she played the same gender card when the Nakuru Senator- Susan Kihika and even Cecile Mbarire were getting relieved off their positions at the Senate?

The Nakuru senator- Honorable Susan Kihika wondered whether the CS Gender- Professor Margaret Kobia did not know that they (with nominated MP Cecile Mbarire) were women too to waive the gender card like she had done for the impeached governor!

Governor Charity Ngilu and Honorable Gladys Wanga were trolled for deliberately supporting graft! One of the KOT wrote that Professor Kobia should know that governor Ann Waiguru had not been impeached for being a woman but for impropriety!

The Daily nation reported that the ousted governor Waiguru had gone for a court order to stop the impeachment citing that the high court had temporarily stopped assembly proceedings over Covid-19. This according to her nullified the impeachment because it was unlawful.

This move again made her a laughing stock and a butt of all manner of jokes on face book. It was seen as a very flimsy ground of trying to get the court order! The Kenyans on face book wondered why her fellow politicians allied to the Tanga Tanga wing of the Jubilee coalition had been stripped off their positions during the same Covid 19 period! Was she special?

As citizens struggling to put food on our tables, we can only follow the political drama as it unfolds. It appears like the season for the Kenyan political theater is ripe again!

KNEC Attendance Register for Invigilators and…