Best drama movies to watch in 2020

List of top 10 drama series to watch in 2020
Empire, The Haves and the Have-nots, Queen of the South, Ambitions, The Oval, Grand Hotel, Greenleaf, Dynasty, If loving you is wrong and When they see us 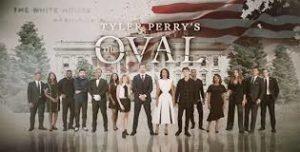 Are you a fan of realistic movie series with a storyline touching on real-life situations?

If you love movie series that catapult you to catharsis and help you purge your emotions then the movie collection listed here will serve you right.

In this article, newspro shall take you through the best drama movie series that will leave you dazed, wondering when the next season will be produced.

This list comprises the greatest and most entertaining drama movie series into which you can read your life and relate with characters as they struggle to maneuver through this labyrinth dubbed life.

Greenleaf is a drama mystery series created by Craig Wright and produced by Oprah Winfrey, Craig David and Clement Virgo.

Greenleaf premiered on OWN on June 21, 2016. The drama series ventures into the unscrupulous world of the Greenleaf family which is laden with scandalous secrets and lies that threaten its unity and sprawling Memphis megachurch with predominantly vocal Afro-American congregants.

Some of its lead characters include Bishop James Greenleaf, Lady Mae and their estranged daughter Grace Green leaf who just returned home 20 years after the death of her beloved sister, Faith.

The oval is an American Soap Opera created, executive produced and directed by Tyler Perry.

The Oval tells a story of a Governor who has just been placed in the White House by powerful people. The major conflict arises when the President’s wife discovers that her promiscuous husband has not discarded his old habits. Indeed, old habits…The President has a mistress whom he sees every night at the White House. Besides, the President and his wife loathe one another, a factor which makes the wife project and vents out her anger on their wayward children.

3. Queen of the South

Queen of the South is an action, drama and thriller movie series created by M.A. Fortin and Joshua John Miller starring Alice Braga, Peter Gadiot, Alfonso Herrera among others 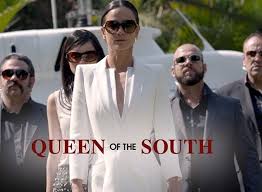 Production of Queen of the South’s fifth season was shut down following coronavirus fears.

Queen of the South centers on drug-related crime and the elusive justice system with Teresa Mendoza, a poor woman from Sinaloa, Mexico who becomes rich by building a vast drug empire taking the lead role.

4. The haves and the have nots

The Haves and the Have Nots (2013): TV drama series produced and directed by Tyler Perry starring Tika Sumpter, Crystal Fox, Eva Tamargo among others 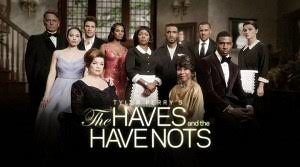 Created, written and directed by Tyler Perry, The Haves and the Have Nots is one of the best TV drama series produced in OWN history after If Loving You Is Wrong.

The Haves and the Have nots is an American crime drama and soap opera which centers on the lives of three main families. The Cryers and the Harringtons being dubbed the Haves and the Young family-the Have Nots. Despite the different economic polar opposite lifestyles that the three families lead, they are similarly dysfunctional with each tackling its challenges, different ways. 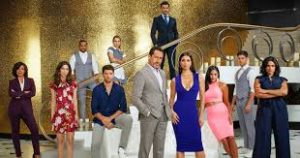 Grand Hotel is an American drama television series based on the Spanish TV series, Gran Hotel. Grand Hotel’s storyline revolves around a conflicted family full of mystery and haunting past events. The Riviera Grand Hotel’s owner, Santiago Mendoza, his new wife Gigi and his two grown-up children who are too curious to know what led to their mother’s death.

The conflict is heightened by Sky’s sudden disappearance and mysterious death in a hurricane. Determined to discover about her sister’s whereabouts, Danny-Sky’s younger brother masquerades as a new waiter in the Riviera Grand Hotel.

“Ambitions” is one of the best drama series originally released by Oprah Winfrey Network on December 17, 2019. 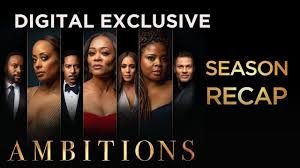 With Robin Givens taking the lead character as the glamorous and powerful Stephanie Carlisle, the wife of the Mayor of Atlanta and Essence Atkins taking the character of Amara, a lawyer in the US, the American drama series, Ambitions is next big name in the movie industry.

“Ambitions” explores the powerful machinations of love, power and politics in Atlanta, Georgia.

At the start, Amara and her husband Titus Hughes(Kendrick Ross) have just relocated to Atlanta to rekindle their love life after a big scandal that almost dimmed their true love (Amara’s extramarital affair with her partner). The vendetta in Stephanie, Mayor Lancaster’s wife, is still alive. Stephanie is determined to ruin Amara’s marriage since she once harbored feelings for Amara’s husband Titus Hughes.

Another major conflict explored in Ambitions is the generational hatred between the Carlisles and the Purifoys. The two rival families have got a mule determination to fleece each other.

The suspense and powerful imagination behind Ambitions qualifies the drama series to sneak its way into the top 10 best drama movie series in 2020. 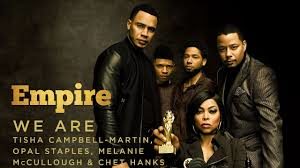 The American musical drama TV series is one of the best drama movies ever created. Empire highlights the challenges faced by a family trying to run a musical empire. The series centers on the fictional hip hop music and entertainment.

The Empire is however threatened by forces especially extramarital affairs, heterosexual and homosexual love relationships with manipulative and conniving individuals with each character trying to own the Empire.

Lucious Lyon one of the lead characters is a hip hop star, former drug baron and CEO of Empire Entertainment. Knowing that his days are numbered given his underlying medical condition, Lucious is forced to groom one of his three sons: Andre, Jamal and Hakeem to take over the Empire but he, unfortunately, pits them against each other.

The story is further complicated by the release of his wife, Cookie from prison after serving a 17-year sentence for drug trafficking-the business that gave birth to the Empire. This leads to endless squabbles as every family member struggles to take over the Empire.

If you are a lover of drama movie series, then Empire is the way to go!

When They See Us (2019): American drama miniseries created, co-written and directed by Ava Duvernay

When They See Us is A 2019 American drama web television miniseries that premiered in four parts on May 31, 2019.

The drama series delves deeper into the lives and families of five male suspects falsely accused and charged of rape and assault of a woman in Central Park, New York City.

When They See Us received an accolade for its best performances and effective casting.

The drama series received 11 nominations for the 71st Primetime Emmy Awards. One of its actors, Jerome won the prize of Outstanding Lead Actor when it was nominated for Outstanding Limited Series.

When They See us also won the Critics’ Choice Television Award for Best Limited Series.

9. If loving you is wrong

If Loving You Is Wrong (2014): TV drama series produced and directed by Tyler Perry 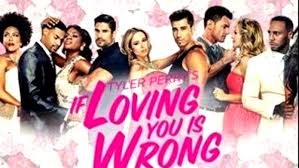 With only four seasons having been produced, If Loving You Is Wrong is the new drama series that everyone in town is talking about.

The soap opera created and directed by Tyler Perry premiered on September 9, 2014 and focuses on the lives and relationships of five couples living along the same lane (Castillo lane) in Maxine.

If Loving You Is Wrong drama series was the highest-rated in OWN history breaking the long overdue record set by The Haves and the Have Nots.

On February 15, 2020, OWN announced that If Loving You Is Wrong’s Grand Season finale (Season five) will be out soon. 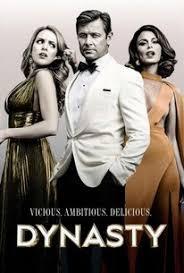 Dynasty starts with the heiress Fallon Carrington devastated following the discovery of her billionaire father, Blake Carrington’s engagement to Crystal, a younger woman and rival employee at their family’s firm.

When her efforts to separate the two love birds fail to bear fruit, she resorts to collaborate with Blake’s nemesis and former employees at their firm to hit back. Crystal’s nephew Sam’s arrival threatens to expose her twisted past. Later, more Carringtons return to Atlanta to get a stake in the firm culminating in endless conflicts.

KUCCPS student portal opens for the second revision of 2020/2021 Choices: How to reapply/ revise your KUCCPS 2020/2021 courses- a step by step guide, important dates, and deadline

Revealed: Why TSC Opted for Microsoft Outlook for Teachers…