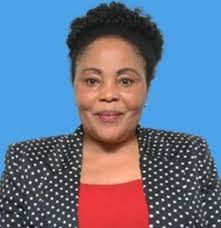 3000 more Tvet trainers to be hired by government

Next year, the government will employ 3,000 trainers in Technical and Vocational Education and Training (Tvet) institutions.

Next year however, the government will employ 1,000 degree holders and 2,000 diploma holders, as stated by the Vocational and Technical Training Principal Secretary Margaret Mwakima.

Dr Mwakima also ordered a full roll out of the Competency-Based Tvet curriculum next year to promote skills development.

She was speaking at the Pride Inn Beach Resort in Mombasa during a workshop on human resource management.

The Tvet trainers were transferred from the Teachers Service Commission (TSC) to the Public Service Commission (PSC) and were being trained as the government focuses on transforming the sector to produce more young people with relevant technical skills.

“We have also developed the criteria for the promotion of technical trainers and it will be implemented in full,” said Mwakima, adding that registrars and trainers in capacity will be confirmed.

She also added that the capital grants for Tvet students will be released early for smoother running of the colleges.

Gloria Mutungi, Katti chairperson, said that Tvet teachers have suffered sfter the transfer from TSC to PSC because their promotions stalled and, many of them served on the same grade for many years.

“We are looking forward to the document on promotion to be fully implemented,” she said.

She also requested that more trainers be employed to curb the big shortage in Tvet institutions.

“We are also urging the ministry to expand our institutions so as to accommodate more students as the competency-based curriculum rolls out in Tvet institutions. We need funds for expansion to avoid congestion”, she added.

However, Mwakima pointed out that the government is currently focused on completing ongoing projects before the coming General election next year.

She also cautioned the technical trainers to not join any political formations, as they must remain loyal to the government.