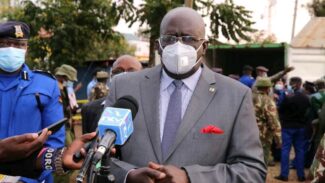 According to the official Ministry of Education, MoE Academic calendar 2021-2023, all the candidates who sat the national exam are to join secondary schools distributed across the forty seven counties.

2021 form one selection/placement and admission to national…

Form Ones to report to Secondary Schools on January 30, 2023

2022 Form One Selection Faulted  as KCPE Candidates and…

The national exercise of selecting all KCPE candidates  and placing them to various Secondary Schools based on merit (KCPE marks), affirmative action and regional balance will take place on May 28, 2021.

Latest details reaching us now clearly indicate that the Ministry of Education is set to begin the Form One selection for the 2020 KCPE candidates on Friday, May 28, in a process that will try to achieve the 100 percent transition as promised by the government.

According to a report by Nation, the top five candidates of either gender in every sub-county will be placed at the national schools of their choice.

“The criteria will not depend on whether schools will have to lower the entry level marks, it will be based on the competitive nature of the schools as well as capacity.

He noted that the same principle would apply to both extra county and county schools.

Further, in order to achieve 100 per cent transition, he stated that schools would have to accommodate extra students.

His sentiments were echoed by KNUT Secretary General Wilson Sossion who encouraged the students to concentrate on their studies as opposed to the choice of schools.

The KNUT boss also urged parents to encourage their children to attend the schools selected for them by the Ministry.

“There is no school in Kenya that lacks resources. All schools are the same whether public or national or day schools,” Sossion stated.

KCSE Results 2021/2022; How KCSE Performance in Sciences Can be Boosted

TSC Internship Contract Renewal 2021/2022; How many Times Can TSC  Intern Teachers Renew Their Contract? Commission Provides Answers, Check out the Fate of Internship Teachers 2021-2022 Below

MUST-READ FOR ALL TSC EMPLOYED TEACHERS: FACTS ABOUT TSC TPD…

List of Top 10 Counties with the highest HELB Loan…

SCHOOLS’ SUPPORT STAFF ON THE SPOT AS PROFESSOR MAGOHA SEEKS…