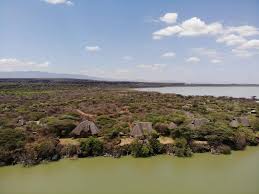 Located within the former Rift Valley Province that is currently categorized as one of the largest regions in Kenya; Baringo County is reputed for being home to the famous Lake Baringo.

It is also home to political experts including the Moi family. In this write-up, we provide you fully detailed information about Baringo County and its possible contribution towards the upcoming 2022 general elections results.

The County has 6 constituencies which includes;

Eldama-Ravine Constituency
It is represented Hon. Moses k Lessonet. It has six wards which include; Lembus, Ravine, Lembus Kwen, Koibatek, Lembus/Perkerra and Murembes/Maji Mazuri. Kapseret had 54,758 voters in the 2017 General Elections.

Baringo Central Constituency
The Member of Parliament of Baringo Central is Hon. Joshua Chepyegon Kandie. The Constituency has five wards which include; Kabarbet, Sacho, Tenges, Kapropita and Ewalel Chapchap. It had 38,415 voters in the 2017 General Elections.

WHO IS RAILA TO OFFER EXECUTIVE ORDERS? THE INTRIGUES OF…

TSC News; Blow to Teachers who Applied for the Advertised…