COLLEGES AND UNIVERSITIES IN KENYAEducationGeneral

This ranking is according to the Times Higher Education World Ranking (2020) which considered among other parameters: Teaching, Research, Research impact, Innovation and International outlook. 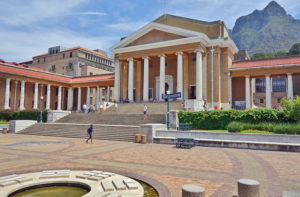 This great university scooped the best position in Africa.

It is one of the oldest universities in the continent having been founded in 1829.

It sits on the foot table mountain and across the city.

The university has maintained a proud tradition of academic excellence that has impacted significantly on social development in the region and in the world.

It has invested heavily in distinctive research that has led to great innovations and growth.

It is worthy to note that the university scooped position 136th globally in the latest (2020) Times Higher Education World Ranking.

This university took the second-best position on the continent. The university started in the South African School of mines in 1896. It has basically its roots in the mining industry.

The university prides itself in producing many black leaders

It has one of the best specialized medical training in the continent thanks to the Wits Gordon Medical Research Center that has produced very competent medical specialists in the region.

It has a well-developed infrastructure in its five campuses.

The university occupied the third best spot on the continent.

It boasts of designing the first African microsatellite.

It is home to an awesome old architectural design.

It awesome to note also that it has proved itself unique for its language of teaching is Afrikaans while the students are at liberty to write their work in either English or Afrikaans.

It is a concept that the university prides itself on as embracing the western civilization but keeping it true to one’s roots and culture!

It occupies position 251 in the top 300 universities in the global ranking. 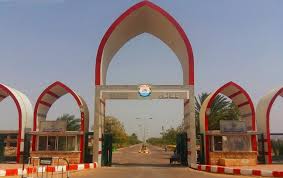 The university opened its first door sin 1976 as a campus of the Assuit University.

It was commissioned to be fully-fledged in 2012.

It teaches a number of disciplines like agriculture, engineering, archeology and even education.

It boasts of high-quality teaching in very well developed infrastructure.

The university proudly sits at position 401 on the top 500 universities’ global ranking.

It gained its operational full rights from the Nigerian government in 2002.

It is situated at Ota in Nigeria.

The university has cut its niche in providing quality higher education strongly grounded on the Christian mission ethos.

It has the vision of raising a new generation of leaders who will be dignified the world over.

It prides itself in having four colleges that are dedicated to providing quality vocational training.

It is one of those universities that have risen to excellence and honor thus earning an unmatched reputation.

It ranks in position 401 in the top 500 world universities ranking. 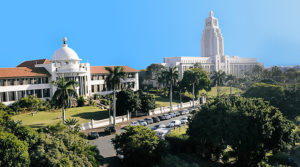 It is a relatively young university having been founded in the year 2004.

The university has earned its place as a leading education destination not only in Africa but also in the world by proving quality education, research and developing the necessary quality infrastructure to support specialized teaching and learning.

It has a distinctive rich heritage of academic excellence in all the programs it offers.

The university boasts of four colleges of Agriculture, engineering, health, and humanities.

It ranks at position 401 in the best top 500 universities in the global ranking. 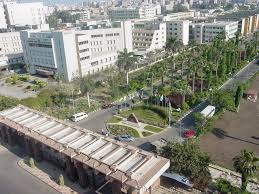 It was later commissioned to be fully-fledged in 1972 taking the name Mansoura.

It is located in the city center and boasts of 15 faculties with top of the range infrastructure. 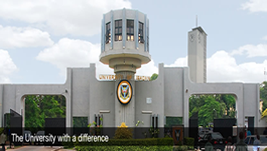 The university was founded in the year 1948

It became fully independent in the year 1962

The university started with three departments of science, medicine, and the arts

Over time the university has grown to have 13 faculties proudly hosting the highest postgraduate school in Africa.

The university also prides itself on having produced the Nobel Prize winner for Literature in 1986- professor Wole Soyinka and the father of The African novel- the late Professor Chinua Achebe.

The university is home to an expanse zoological and botanical gardens where the endangered species are preserved with a global aim of conserving the environment’s flora and fauna. 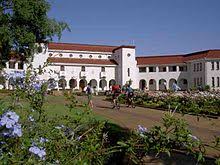 It was founded in 2004 when the black university of the North West, the sebokeng campus and the historically white Potchefstroom University for Christian higher education merged. It has maintained the three universities to preserve the link amongst them. In 2018, it was ranked as the second-largest university in South Africa.

It has 8 faculties that offer a wide range of disciplines like theology, education, law, health among others. The university policy allows three languages for teaching and learning. These are English, Afrikaans and even Setswana, enabled where necessary by classroom interpreters. 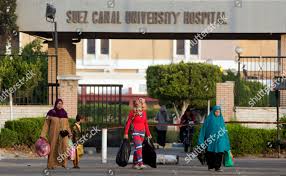 It is located at Ismailia on the western bank of the Suez Canal.

The university started with six faculties that have grown to more than 20 today.

It has a vision of becoming a center of excellence in the field of applied scientific research and innovation. It purposes to increase its partnership with other global universities in its teaching, learning and research.

The university prides itself in establishing the first Medical Education Department in 2001 in the Arab region Egyptian Universities.

It occupies position 501st in the top 600 global universities ranking.

TSC: Circular that “crashed” the hope of TSC…